Kano state was created in 1967 and is one of the most prominent states in the northern axis of Nigeria. This state is bounded by Katsina, Jigawa, Bauchi and Kaduna states and has its capital in the city of Kano. Kano is an ancient city and has a lot of amazing places that are worth seeing. 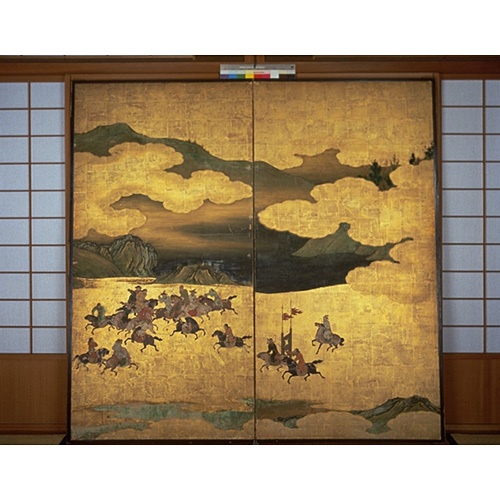 The national gallery of arts, Kano is a place in Kano that is a must visit for every lover of arts that either resides in Kano or is visiting Kano for the first time. It is situated at 23 Ahmadu Bello way and was established to promote the works of Nigerian artists.

Also called the Kano museum, Gidan Makama museum used to be home to the Emirs of Kano. It was established in 1953 and contains materials which date go way back in time. Some of the artifacts in this museum existed before the arrival of Islam in Kano state, and depict the traditions of the people of Kano state.

Challawa Gorge dam is a hydroelectric power source and is situated in Karaye Local Government Area. It was erected between 1990 and 1992, has a height of 42m and a length of 7.8km. This dam is a source of irrigation for the residents of Karaye LGA, it, therefore, is a major part of their everyday life.

Gidan Rumfa is also known as Gidan Sarki. It is the home of the present Emir of Kano and has been home to past Emirs of Kano since the 15th century. This building is an architectural masterpiece and is located at the fringe of Kano town.

The Ado Bayero Mall is situated at zoo road and is quite unknown to people that are not resident in Kano. It is, however, the biggest mall in Nigeria. This mall, named after the longest-serving Emir of Kano, Alh (Dr.) Ado Bayero is a place in Kano where you can get virtually anything you want. 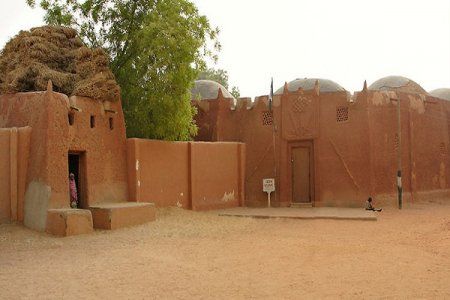 Kano golf club is one of the oldest golf clubs in Nigeria. It is situated at Murtala Mohammed way, Kano and was established in 1908. This golf club is a must visit by any golf lover that is visiting Kano for the first time. You don’t have to know how to play golf to visit this place, you can also visit just to see the game played.

A visit to film house cinema is a great way to relax in Kano after having a tour of the city. This cinema is situated in the Ado Bayero Mall and is a place that is definitely going to give you an amazing experience. When visiting this cinema, you can go along with your 3D glasses if you have one.

The great mosque of Kano is arguably the oldest mosque in Nigeria. It is situated at Muritala Mohammed Road and was built in the 15th century. This mosque apart from being one of the oldest in Nigeria is an edifice and is known to attract tourists from all over the world.

The Bashir Uthman Tofa Mosque might not be the oldest or the biggest mosque in Nigeria. It is, however, considered to be the most beautiful mosque in the country. This mosque is located at Atiku Abubakar Road, Kano. It is mostly visited by artists and architects. 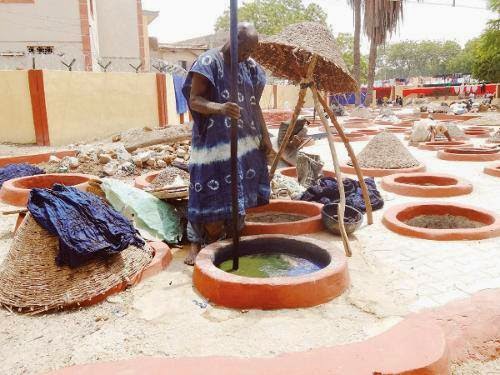 Just like many of the very notable structures in Kano, Kurmi market, Kano dates back to the 15th century. This market was established to be a warehouse for North African slaves. Kurmi market is situated at Kano municipal, Kano and was set up by Mohammed Rumfa.

Tiga dam was built in 1974 and is situated at Tiga, Kano. This damn is a source of irrigation for farmers that are resident in Kano and its environs. The aim of building the Tiga dam was to bring about an improvement in the security of food in Kano state. At this dam, you can either decide to take cool pictures or go for a swim in the water.

Dala hill is made up of 999 steps and is 534 meters high. This hill dates back to the seventh century. In the seventh century, Dala hill was home to a community of people that were known for working with iron. From the top of this hill, a very large part of the city of Kano can be viewed. 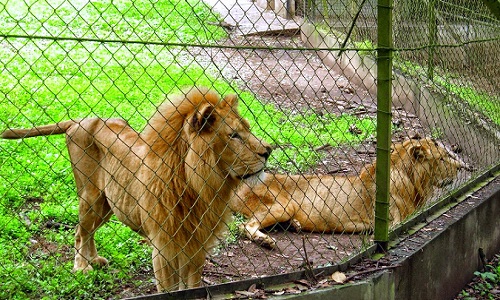 Also known as Gidan zoo, the Audu Bako zoo is situated at Zoo Road, Kano. This zoo was established in 1971, and just like a lot of structures in Kano, this zoo is the first zoo in Nigeria. This zoo is home to lots of animals, popular among this animals are the lion, giraffe and other animals in the savannah.

Roxy amusement park was built with children in mind. It is one of the few places in Kano state where children can have fun with just little supervision from adults. This amusement park is located at Ahmadu Bello way, Kano and can also be enjoyed by adults.

The Murtala Mohammed Library in Kano state is one of the few public libraries in Nigeria. It is a place that should be visited by anyone that is interested in reading. It is situated at Ahmadu Bello way, Kano. Contained in this library is a very broad range of books. There is a certainty that you will find a book that will be of interest to you if you visit this library.

There are a lot more other places in Kano that are worth your attention. However, the places mentioned in this article are the most interesting.