Twitter and Instagram were in total frenzy today as the #10yearschallenge trended. iDONSABI gives you a glimpse of what your favourite celebrities looked like 10 years ago, just as the hashtag suggests.

Abovi Ugboma is a stand-up Nigerian comedian born on the 25th of September, 1979. The Benin-born comedian began his career in the year 2007 and has since then gone global. Bovi participated in the Night of a thousand laughs at the early part of his career and a comedy sitcom, Extended family and has now gone on to feature in several International shows. He is married to Christable Ugboma with two children together.

He is a budding online comedian who disguises his voice and face via snapchat for comic effect. The University of Ilorin graduate has a growing fan base which boasts over 838k followers on Instagram. He has since then gone to make several live comedy shows.

The 35-year old actress came into limelight when she featured in the film Jenifa (2008). Since then, the University of Ibadan graduate has been a dominant face and voice in the Yoruba movie industry. She doubles as a film actress and radio personality.

The controversial actress and mother of one was married to Oladunni Churchhill who she later divorced. Albeit, all the controversies that throng her daily, the actress has taken bold steps into the music industry. She signed under DBanj’s record label in 2014 even though it wasn’t to be as she departed a year later. She definitely looks better than she looked 10 years ago. Doesn’t she?

The disc jockey star, younger brother to YBNL boss, Olamide is one of the best DJs in the country at the moment. He is heralded amongst music lovers as a master of the turntable. Unknown to most of his fans, his real name is Eniola Olamilekan Adedeji

A twin to Peter Okoye and member of the former Psquare group, started out together by forming a quartet called MMMPP. Although, the group is now separated, Paul has gone on to carve a niche for himself as the better singer of the two. 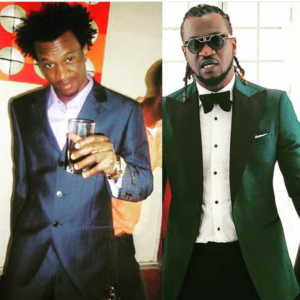 Latest Entertainment News Every Nigerian Should Know About