I’ll tell you an embarrassing secret. I was once a victim of fraud, years ago. You know why I fell victim, I was greedy, the lure for easy money I couldn’t resist. I was too embarrassed to say anything thereafter. It still hurts even after 6 years. I learnt some vital lessons though; money, especially large sums don’t come easy. You’d have to work hard for it, back-breaking work. Especially for those just starting, you’d work very hard until you are able to create a system which will relieve you of your work and make others do it for you, while you pay them as you deem fit. Then when you get the work part right, you’d then need to start the accumulating part, and that would take some time. Okay, so that’s the end of my story, I’m too embarrassed to say any more.

So, here are 11 Things You Need To Know About Fraud in Nigeria

I once saw a very newspaper, maybe 1930, a picture of the paper I mean. It was about of a Nigerian, a Lagosian who defrauded a few Britons. He did the pen pal system thing. He said he was a Prince, so he asked them to send him a few pounds and a camera, that he, in turn, would send them some Nigerian artefacts and fabric materials. Of course, they sent the pounds and the cameras, and our Prince never responded after that. He was 16.  Yeah, 16, in the words of Lyricist Howard Ashman it’s a “tale as old as time” You remember this line, right? From Beauty and the Beast. 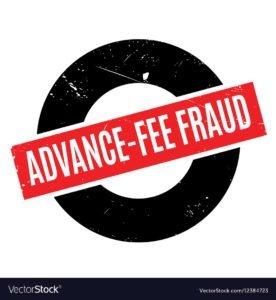 They come in Various Colours and Shades

Nigeria is not the most fraudulent Country in the World. It actually Ranks no. 17. The US, China, Indonesia, Egypt and Latvia just to mention a few are ranked higher in fraud than Nigeria is.

419 is Based on the Constitution

Women are Also involved in this fraud

Ever heard of stories of people in a taxi where a man and woman, a supposed prostitute and driver starts arguing about a carton of money in the car boot? Money which allegedly the woman stole from one Alhaji, her client who had died after they completed their business.

For being in the car at that particular time, then they’ll tell you they’d give you a certain amount of the money and it is usually in foreign currency. This fraud method is what Robert Greene described in his book “The 48 Laws of Power”. Law 3: “Conceal Your Intentions, Use Decoyed Objects Of Desire And Red Herrings To Throw People Off The Scent”. The object of desire is the money and the lady here is the decoyed object, the red herring, or the smoke screen to lull you into the trap. We seem to be at ease in situations where women are involved. Since men are the ones most likely to do bad things, we are lulled into a false sense of security. Using woman as part of fraud syndicate, especially face to face fraud is quite popular.

Usually, this comes in form of emails.

The fraudster says he/she is a young female from a very influential family. Enemies perhaps the government or very powerful people murdered her family members and she and probably her little sibling are the only one left. They want to leave the country but they need a foreign account to stow away some huge sum of money. And of course, you’d get a share of the money. Now you’ll be asked to provide some money to facilitate the transfer of fees to your account. Of course, that’s where the scam is. 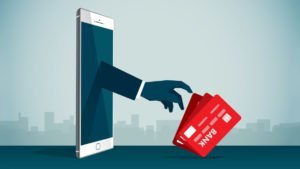 Calls or Messages from an Alleged Bank Representative

Most of us are very familiar with this. Here the person gets a call or an Sms from someone who says they are from your bank. They usually don’t mention a particular banks name, because they don’t know your bank. They tell you, your bank account or atm card has been blocked due to some issues. Now, they’d ask you for your BVN, atm pin, those three numbers behind your credit or debit card, or the long string of numbers in front of your card. It could also be any other of your bank details.

This is still very new. The victim will get a call saying that his atm has been stolen, please send us your pin so that we can change it, so no one can withdraw your money. It happened to someone not too long ago, he sent his pin and as they say, the rest is history.

They also sometimes send an SMS to someone’s spouse saying something like “honey I forgot my atm pin, kindly text it to me”. Now this happens when they have stolen your spouse’s phone and credit/debit card. There are many variations to this bank and atm fraud.

Here the victim gets a message saying he or she has by some stroke of luck won a lottery. Bank details and personal information will be requested for, and then, of course, an advanced fee will be requested to process the earnings.

Nigerians are known to perpetrate these frauds to strangers. They create a profile on a dating site or some other social networking site with the image of an attractive person. The fellow on the other end falls in love and then they arrange a meet. However before the meet happens, something happens. Perhaps the person falls sick, is robbed or something, in the end, money is needed and that’s how it starts. If the fraudster is really good, something big doesn’t really have to happen. But little requests for money starts coming. $100, and the likes, the person is in love, so they oblige. Usually males do this, however, they can also create profiles for females, to use on older men also. 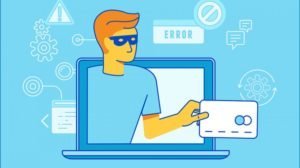 Here fraudsters hack into your email, and then they send scam letters to your email contacts. Requests for funds e.t.c. This once happened to me, it was very embarrassing as I was insulted by some of my clients. Of course, family and friends who got the email contacted me to say they got an email requesting for funds from me. I debunked it as fast as I could, using my WhatsApp status and other social media platforms.

How To Protect Yourself

Money doesn’t come easy, so if a deal seems too good to be true, it probably is.

Things that need to be done secretly also seem to have dire consequences.

Your bank will never solicit for your details, by calls, SMS or emails. If you need to do anything like this, make sure you go to a branch of your bank and do it yourself.

Never divulge your atm pin or BVN (Bank Verification Number) to anyone, even by word of mouth. Also, make sure you never give your atm card to a stranger to withdraw for you.

Before using an ATM press the cancel button twice on the machine, if someone has programmed it to store your card info, that action would disrupt it.

When purchasing things online, make sure the site is SSL protected. That means you should see a padlock sign and t https before the URL if you don’t see this, it means the website is not safe, hackers can steal your information.

Don’t visit links from your email address, if it’s a site that would require you to give personal info, such as your bank’s website or an e-commerce store. It’s better you type it in by yourself. Scammers are able to create links that look very closely like the one you are want to visit and also websites with a user interface which look like the website you’re going to visit.

Protect your online transactions with antimalware and antispyware. Some antivirus provides these features.

Don’t let your greed always move you, and be careful with issues that involve money. Also, it would make sense to share money related information with people, especially if it seems like “an answer to your prayer” it might just be a scam, not to say that God doesn’t answer prayers.

If anything seems suspicious check the internet. If it is a company type the name in together with the scam and see what happens. For example, if scammer@example.com sends you a suspicious mail, type in example.com scam, to see if they have scammed others.

Don’t keep your knowledge to yourself, if you know or fall victim to any kind of scam, please educate others around you.

Nkechi Blessing Slammed By Followers For Solidarizing With Mompha