We only get to see wild animals on TV or at the Zoo. Also, some animals are so few in the wild that it is very difficult to even capture them to showcase them in a zoo.  In today’s post, we shall be seeing 15 wild animals that still exist in Nigeria. 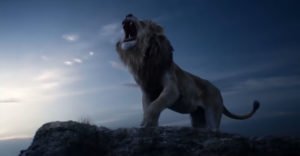 Lions are truly going extinct in the world. Formerly they could be found in most parts of Northern Nigeria and the West African Savanah as a whole. In Nigeria there are less than 40 lions. All the lions in Nigeria now exist only in two places. In the Yankari Game Reserve where there are actually just two left and in the Kainji Lake National Park. Less than 10% of the original lion ranges are remaining in Africa.

Leopards can thrive in a wide range of vegetation. So formerly Leopards could be found all the way from the rainforest of the South East all the Way to the Northern Savannahs. They were quite popular in the Southeast hundreds of years back. They were ornaments for rulers and nobles. However due to overhunting for their beautiful coats and also the swelling of populations. A few years back a leopard was found in Yankari game reserves. Leopards can be found in few places in the Southern Nigeria and also Northern Nigeria.

These are another protected species. They are an endangered species in Nigeria. They are being hunted for their tusks, which is made of ivory. Elephants are the only natural sources of Ivory. Apart from the protected game reserves, they can also be found in the forests of South Western Nigeria. 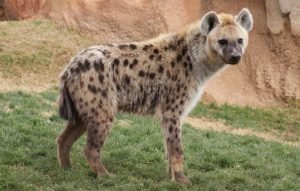 These dogs are usually found in Savannah areas of the wild. Hyenas are natural scavengers and they move and hunt together in packs which gives them strength over many other predators in the wild. There’s still an okay population of Hyenas in Northern Nigeria. In fact, there’ a group of man Know as the hyena men, they trap these animals, train them and use them for stunts in public, thereby earning themselves money.

These look like wild goats. They have horns that can grow to 50cm and they are herbivores. They move in herds migrate seasonally. They are found in the Northen part of Nigeria, from the Sahel up to the Sahara, where they spend the wetted part of the rainy season.

Hippos inhabit marshlands and waterlogged areas. They have no known natural predators. With their skin very thick it is difficult for the teeth of predators to pierce their hides. They can run at the speeds of 30 to 40 km, therefore it is great for them to be avoided. They are very territorial animals and are responsible for more deaths of humans than lions and crocodiles, even in places like East Africa where Lions still have healthy populations.  Hippos are herbivores, yet they are very unpredictable.

It is also known as the African golden wolf to the colour of its coat.  It is found in desert climates of Africa. It can be found all the way from the Northern part of Africa up until Northen Nigeria, especially in the areas shared by Nigeria and Chad. The golden wolf is a very territorial animal, it is also very adapted to the drier region and remains monogamous for life.  The African Golden Wolf thrives both at high altitudes and also on plains. It is basically a carnivore, but it sometimes eats rotten fruits and other edibles which have been discarded by humans.

Also called skunk this animal is found abundantly in the Northen part of Nigeria. They measure about 60-70cm, that is from head to end of the tail. Although it is very small it is not easily preyed upon. Due to the offensive smell, it gives off just to ward off predators.  The skunk is a nocturnal animal and it feeds on rodents, reptiles, eggs and other smaller animals. 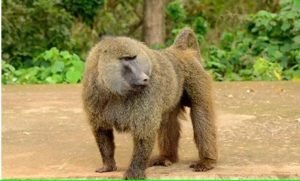 They can be found mostly in the rainforests of Nigeria. Where there are foliage and tree cover where they can hang from. The most popular Baboons in Nigeria are called the Olive Baboon because of the colour of their coat. Apart from being in the wild, these baboons can also be found in the captivity. 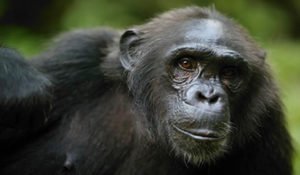 The Chimpanzee can only be found in Africa, and of all the other primates, it is the one that is closely related to humans. Chimps can be found in the rainforest bordering Nigeria and Cameroon.  So that would be in Cross Rivers. Since the larger part of the forest is in Cameroun, a higher amount of the Chimps will be found in Cameroun.

Crocodiles can be found in marshes, lakes and rivers of the Southern part of Nigeria. They are the Apex predators in whichever place they find themselves. They can kill animals as big as Zebras and cows and occasionally they’ve been known to kill humans. 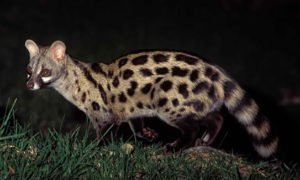 This animal is found in the rainforest regions between Nigeria and Cameroun. They are also heavily endangered with less than 7000 of them left in the wild. The decline is due to population increase, as man takes over their natural habitats. Also, they are heavily hunted for their beautiful furs. 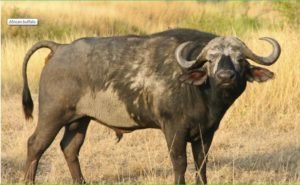 Buffalos are very popular in the wilds of North American and Eastern Africa, however, they can also be found in the savannas of Nigerian. The African buffalo is considered the smallest amongst the world’s Buffalos. They can weigh up to 1 ton and can also be aggressive sometimes. 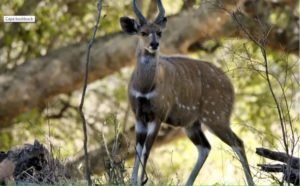 These are another species of antelope, they have long legs and are very fast runners. They have brown with white spots on their coats and of course horns for defending themselves. They can be found in the rainforests all the way to the Savannahs. They are also called Imbabala. 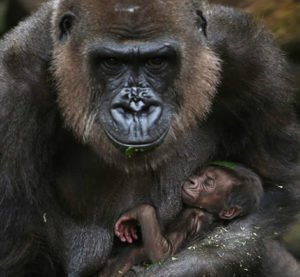 A lot of these animals are endangered, if they go extinct, there will be an adverse effect on the environment and other species in the area. We should do our bit to help conservationists to preserve these animals.