We love riddles, however, we can also hate them. Especially after you discover the answer to the riddle was so easy and you wonder to yourself how you could have missed the answer. Riddles really can make us look foolish, however, looking on the bright side, it can actually teach you to think outside of the box.

Below are 20 riddles to tease your friends with

Que: What occurs once in a minute, twice in a moment and never in one thousand years?

Ans: The letter “M”. You can see it once in a minute, twice in a moment, but it doesn’t occur in a thousand years.

Que: Which five-letter word becomes shorter when you add two letters to it?

Ans: The word is “Short”. It’s a five letter word and when you add “er” it becomes “Shorter”

Que: It is greater than God and more evil than the devil. The poor have it, the rich need it and if you eat it you’ll die. What is it?

Ans: “Nothing” is the answer. Nothing is greater than God, Nothing is more evil than the devil, the poor have nothing, the rich need nothing and if you eat nothing you’ll die.

Que: What comes once in a year twice in a week and never in a day?

Ans: This is very similar to one of the questions above. The answer here is “E”, it occurs twice in a week and one in a day, however, you won’t find it in a day.

Ans: A palindrome. A palindrome is a word, could also be a phrase, verse, or sentence that reads the same backwards or forward. Other palindromes include Abba, Deed, Dad, Mum, Noon, Kayak, Madam,” “Hannah” 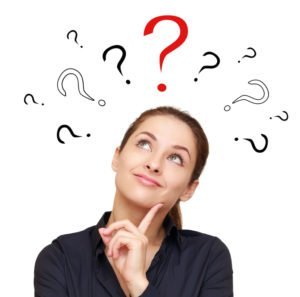 Que: I am pronounced as one letter but written with three, only two different letters are used to make me.
I’m double, I’m single, I’m black, brown, blue, and grey.
I’m read from both ends and the same either way.

Que: You walk into a room with a match, a kerosene lamp, a candle, and a fireplace. Which do you light first?

Que: What word begins and ends with an E but only has one letter?
Ans: Envelope.

Que: A lady is sitting in a room at night that has no lights on at all. There is no lamp, no candle, no source of light at all. Yet she is reading. How?
Ans: She’s blind, and she is reading Braille

Que: You draw a line. Without touching it, how do you make the line longer?
Ans: You draw a shorter line next to it, and it becomes the longer line.

Que: A man was taking a walk outside when it started to rain. The man didn’t have an umbrella, and he wasn’t wearing a hat. His clothes got soaked, yet not a single hair on his head got wet. How could this happen?
Ans: The man was bald.

Que: You walk across a bridge and you see a boat full of people, yet there isn’t a single person on board. How is that possible?
Ans: All the people on the boat are married.

Tom says he has no brothers. Who’s lying

Ans: No one is lying, the doctors are not females, therefore Tom’s three sisters are doctors.

Que: There were 10 fishes in an enclosed tank. Four swam away, three died, and three sank. How many fishes are there now?

Ans: Ten, it’s an enclosed tank, so no has left

Que: Two men are playing chess, they’ve each played 5 games and have won 3 each. How is that possible

Ans: They are both playing against other people

Que: What goes through towns, cities and fields but never moves

Que: The combined age of a father and son is 66 years. The age of the father is the age of the son reversed. How old are they? 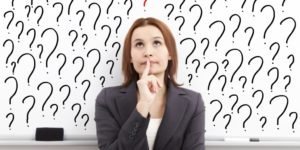 Que: All five sisters are busy

Beth is reading a novel

Hannah is doing the dishes

What is the fifth sister doing?

Que: You are driving a bus. At the first stop, two women get on. The second stop, three men get on and one woman gets off. At the third stop, three kids and their mom get on, and a man gets off. The bus is grey, and it is raining outside. What colour is the bus driver’s hair?

Ans: The colour of your hair, you are the one driving the bus