Nigerian man identified as @GospelJosiah narrated a shocking story of the situation in his landlord’s home.

After the landlord’s 35-year-old brother was deported, he worked hard to help him get back to normal and resettling in Nigeria.

However, one day during the brother’s visit to the house, the landlord’s wife caught her 15-year-old daughter confessing to him that she’s pregnant for him again and wouldn’t like to abort this time because she went through a lot of pain the last time.

Caught red-handed, the 15-year-old confessed her uncle has been sleeping with her under their roof. The situation later led to a huge altercation between the landlord and his brother. 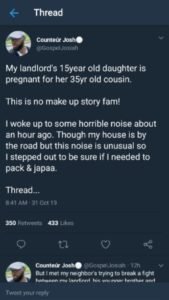 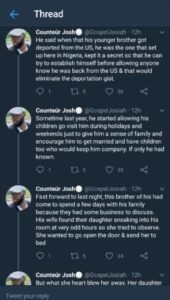 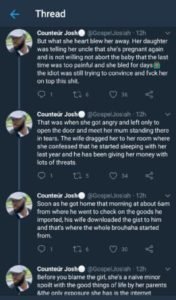 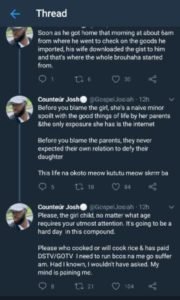