It’s about 5 days left before normal football behavior returns to our screen. To be specific, THE ENGLISH PREMIER LEAGUE (EPL) IS BACK BABY!!! Lots to look forward to as the countdown continues. Many people are getting their cable subscriptions up to date. I understand some providers have upped their rates since CR7 moved to Italy. I don’t know why many people are surprised…the man was raising share prices. Raising the viewing rates was easy. Like when retail folks blame the dollar for raising the prices of their wares, the cable providers can easily say ‘Blame Ronaldo’ (lol).

As we head towards the start of the EPL or ‘Football’s Most Watched Drama Series’ (remember when it was called that?), I picked 5 talking points that could dominate headlines. I’m sure of a few of them but I’d like to think I’m a bigger genius than that. They’re all big stories on their own.

NO MR WENGER: For the first time since 1996, the English Premier League will kick off without the legendary Frenchman (Yes I said ‘Legendary’…sue me) and it will feel weird. Most of us are used to seeing Wenger’s face on our screen as he leads Arsenal to yet another season of hope (we had too many of those). However, this weekend sees a fresh face at the helm of Arsenal as Unai Emery makes his Premier League debut. It’s the start of a new era at the club even though the newly found stability has been slightly rocked with speculation about Gazidis’ future, following interest from AC Milan. Gazidis deserves a lot of credit for the new structure in place at the club; the biggest part being phasing Wenger out. You need guts for that. Keeping or replacing him…and Ramsey…could be Arsenal’s struggle this season.

‘NEW’ LONDON DERBY: Same clubs, different managers. I wrote about how fiery this could get and I’m still excited about how both managers will tackle both themselves and the rest of the league. Sarri and Emery are new in England so the adjustment will be…fun to watch (I hope). Sarri already got his first taste of English opposition yesterday when he took on Man City so he knows what he’s in for. Emery will be up against the same opposition this weekend so let’s see if he fares better. When these two meet however, it will be the first of its kind. Be sure of that.

EARLY TRANSFER DEADLINE DAY: Unlike the past transfer windows, this one is ending very early. Too early in my opinion but it allows for everyone to concentrate on the football, when it starts. This development has forced many clubs to have their business done early, even with the World Cup taking place. I imagine many clubs had their medical and legal staff in Russia waiting to complete signings. Good to see this happening. More reforms like this please. A cap on Transfer Fees perhaps? 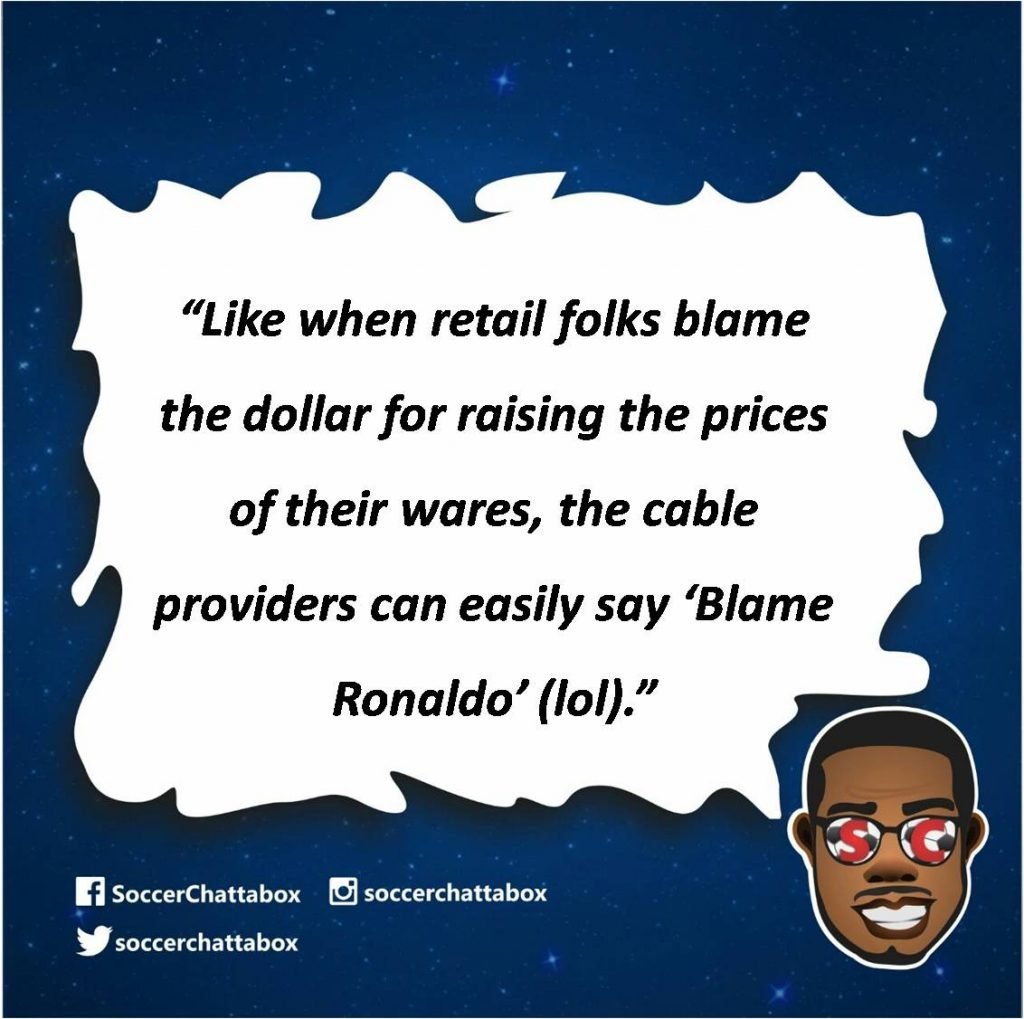 MAN CITY ARE STILL FAVOURITES: After taking Chelsea apart yesterday, it’s hard not to visualize Man City lifting the same trophy next year. Despite adding very few signings, the team looks good enough to take on any team in Europe, let alone the EPL. Pep will have his eyes on history as he bids to become the first non-Brit to retain the EPL trophy since Jose Mourinho in 2006. That’s a long time. Good luck to him though.

THERE’S TOO MUCH MONEY IN THIS BUSINESS: Imagine Brighton spending close to 70 million pounds in ONE window. Look at this picture: they got promoted last season. They suddenly have money to spend on a gazillion players. West Ham is even more frightening. They almost got relegated last year. Somehow, they’re keeping a tab close to 100 million pounds. They actually signed Filipe Anderson (I know right?). What about Fulham? After the noise made in this window, they’re the ones to sign Seri. Not Liverpool, Not Manchester United, Not Chelsea, Not Liverpool (can’t rule them out), Not Arsenal, Not Barcelona or Real Madrid (because they both go after the same players nowadays), Not even PSG (because they could use a midfielder like him, especially with Rabiot reportedly looking to move on). It was FULHAM that got him. I’m surprised they were even able to afford him. Too much money in this business.

In the end, all that will matter is the football. I’m looking forward to it. Hope you all are as well.

Sane Set To Return To Manchester City Training Next Week