Davido shares the cover art of his album, ‘A Good Time‘ to be released on November 22nd. 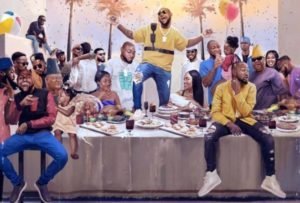 Sharing the cover art, the singer summarised his experience since he came to the music industry 7 years ago. He talked about the friends and family members he’s lost, his children (Imade, Hailee, and Ifeanyi), his fiancée, Chioma and the battles he’s fought within that period.

“It’s been a long 7 years. A lot has transpired in my life since my debut album ‘Genesis’, and I, David Adeleke (aka Davido) have gone through a process of immense changes and growth. In sad times I lost close family and friends (RIP) and in my happiest times I’ve created lives (Imade, Hailey & David Jr).

“I fell in love and got engaged to my PHENOMENAL fiancé, Chioma. I’ve fought battles of all kinds and on all fronts: spiritual, physical, mental, emotional even political. 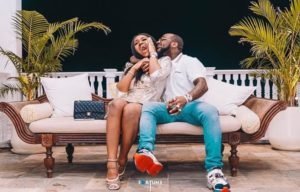 “With less than 48 hours left of the 7 year wait for the album of the century; A Good Time reflects on the ability to trust the timing of your life, enjoying the best moments & persevering through the worst ones.

“There’s no time like the present and it’s A Good Time to be alive, to be a PROUD AFRICAN and to fight for the freedom of one another – in unity. This is my album cover art and it reflects the culmination of my 7 year journey in audio/visual form, I present to you, “A Good Time”. OUT Nov 22!!!”

Man Recounts How A Lady Bit Him At The ATM Stand

Seun Kuti To Perform At The 61st Grammys Following Nomination