Nigerian actor, Timini Egbuson exposes a lady on Instagram who has been sending messages to his DM but decided to troll him in the comment section.

The actor who has just been nominated for AMVCA’s ”best actor in a movie” shared his excitement over his nomination via his Instagram page.

In response, the lady blasted him and claimed his sister, Dakore Egbuson is the one “helping his life and career.” 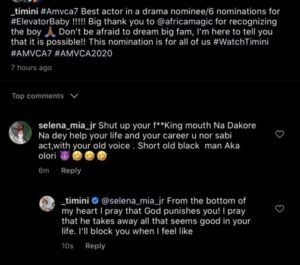 Timini then shared a screenshot of the DM the same lady who trolled him once sent to him. In the DM, she called him cute and said other men are mad at him. 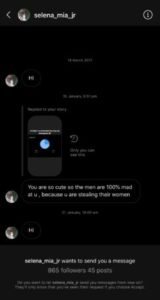