Nigerian actress, Angela Okorie isn’t one to mess with as she took her time to clap back at followers who had a problem with her transparent swim suit.

One of the follower who commented “where is your claimed Christian background?” was immediately set straight by the actress who told him Christianity isn’t by looks.

“I know pastor and pastor wives that are fuctards yet climb stage to preach the gospel. I know God and have conscience. I got call to serve God, when the time comes, I will answer and will all sincerity. You better stop judging and learn more on how to win souls than castigating God’s own creatures.” She wrote. 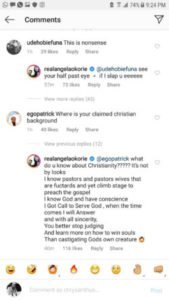 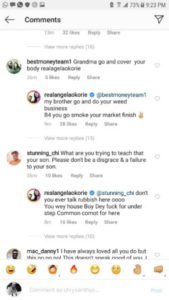 The Thought of a Relationship Makes Me Ill, Is That Normal? – Denola Grey Asks Followers

‘Don’t Forget Yourself While Building Your Man’ – Angela Okorie

Tboss Reacts After Troll Said She Dresses Like A Teen

Nigeria has recorded 463 new cases of COVID-19 in the last 24 hours. According to the Nigeria Centre for Disease