Newly married Nollywood actress, Doris Ogala has called out her colleagues; Uche Elendu and Oge Okoye accusing them of being husband snatchers.

In a post and delete, the actress shared a picture of Okoye and Elendu, warned the public against them as she claimed, “they specialize in sleeping with people’s husbands.” In another post and delete, she shared a picture of Uche Elendu trying to wipe something off her (Doris Ogala) face on her wedding day. She then claimed Uche did something spiritual to her while she helped wipe her face. 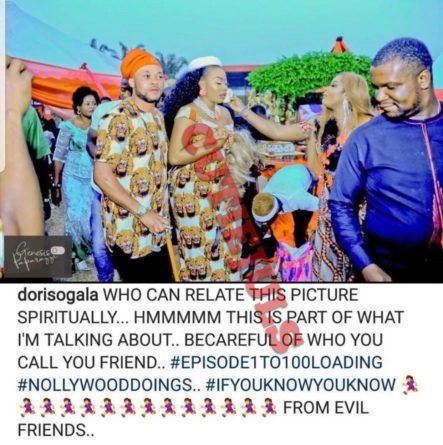 Doris Ogala got married this January 2020 to her boyfriend, Kingsley Mazi and people suspect they may be having issues with the marriage after throwing shades at her colleagues.

Meanwhile, an Instagram blogger, Cutie_julls claimed that Doris allegedly said that she and Kingsley started having issues after Uche wiped her face on her wedding day. 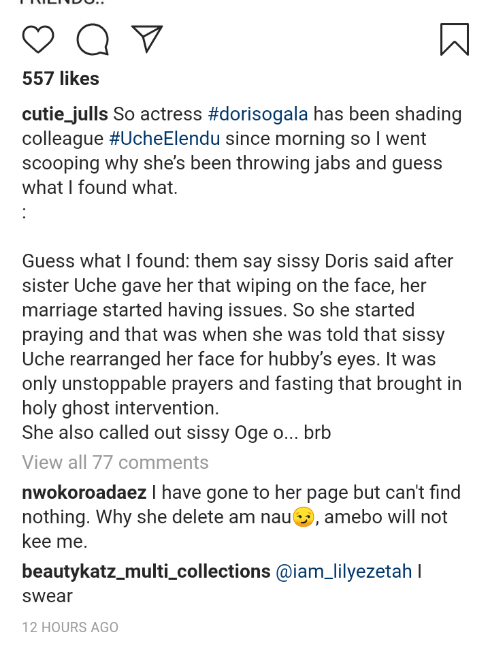 Lolu Shows Off Girlfriend As She Marks Her Birthday (Pictures)