After accusing her colleagues, Uche Elendu and Oge Okoye of sleeping with other people’s husbands, actress Doris Ogala has come up with messages indicating that Oge Okoye has allegedly been sleeping with Uche Elendu’s ex husband.

The drama started shortly after Doris Ogala got married earlier this January and made a post insinuating that her friend, Uche Elendu allegedly did something spiritual on her wedding day to harm her marriage.

She also made allegations that Oge Okoye and Uche Elendu have “been sleeping with other people’s husbands.”

In a new post she made today, she shared screenshots of her text messages with someone who claimed Oge Okoye has been allegedly sleeping with Elendu’s ex husband, Prince Walter Ogochukwu Igweanyiba.

“Chai make i post this last one.. some people are telling me not to post again.. ok after this one now.. last episode tonight.”

See The Messages She Shared Below: 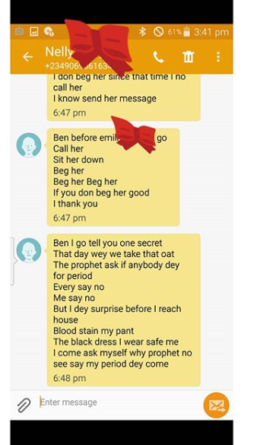 The actress also clarified rumours that her marriage is in jeopardy. “Nobody can take this handsome Odogwu Neoke from me,” she wrote. 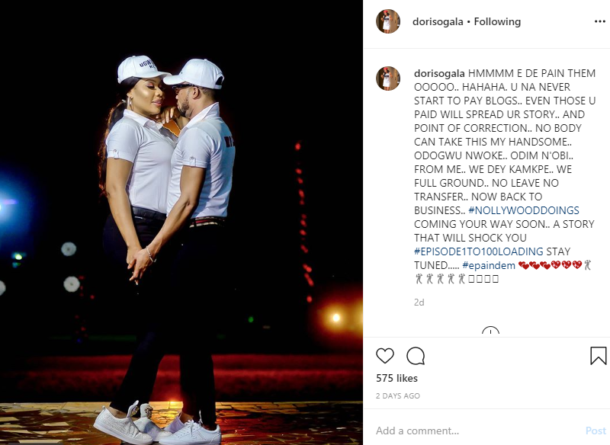 “If My Wife Ever Kills Me, She Should Be Allowed To Live And Take Care Of My Children” – Nigerian Doctor