Barcelona will resume league action in a game against 7th-placed Getafe. The Laliga leaders are only three points clear off second-placed Athletico Madrid. Barcelona will be open to chances of recording their 12th league win against this side.

Albeit, Getafe would have been seen as a pushover in a repeat fixture last season. They however no longer belong to that category. Infact, the Madrid metropolitan club have lost only four top-flight matches this term and would be looking to keep this record continua.

Let’s take a critical look at the individual clubs with a view to knowing what we have on our hands here. If you consider yourself a stat monger like myself, you’re definitely in for a bumpy ride. 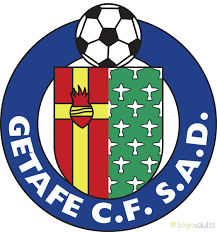 El Geta returned to the top-flight last season following a year in the Segunda for an eighth-placed finish. How sweet! They have proved not to be in the Laliga to make up the numbers. Moreover their stats this season proves just that. Important to realize they have only four defeats this term and have gone on to win six and draw seven.

Albeit these positives, it should be noted that they have failed to beat Barcelona in a Liga affair since 2011. They also have suffered three out of their four defeats this season in front of their home fans. Notably, the capital outfit have scored 18goals and shipped in 13.

Here’s a look at their performances in recent games.

The Catalan giants might have had their plans pear shaped in the first-half of the season having suffered several setbacks. This is nowhere near their record last season where they came out of the season unscathed with only 1 loss in 38 games. However they still remain on the front foot this term atop the Liga standings with one foot in the Champions league and Copa Del Rey next round already.

Ernesto Valverde’s side have netted 13 goals in their last four matches conceding none. Yh, you read right! they conceded none. The final third have shared a hatful of goals amongst them with Lionel Messi-the largest shareholder.  The Argentine has made an incredulous harvest of 15 goals and 10 assists in only 15 games. He is the only player with a double figure haul in both goals and assists throughout Europe and he did that in only 15games.

The Catalans are definitely going to put in an inept performance in this game and give no room for complacency. Here’s a look at their performances in recent games.

Getafe will be without the services of Amath Ndiaye (knee injury), Samuel Umtiti and Markel Bergara (fractured arm). Matheiu Famini should be on the bench for the fixture with Djene Dakonam having impressed in recent games.

Angel and Molina with nine goals in between them should continue as the front two.

For the Catalans, Arthur Melo should find his way into the starting XI with Coutinho left on the bench. Nelson Semedo should get a starting shirt over Sergi Roberto in a game of this nature.