Nigerian actress, Regina Daniels shares a screenshot of her airtime balance which was over 220k and revealed she feels like voting for one of the BBN housemates.

However, the teen actress who is currently married to billionaire, Ned Nwoko stated that she doesn’t know who to vote for.

“I feel like voting on BBN but the question is who? Have so much airtime plus I’m bored,” she wrote on Instagram. 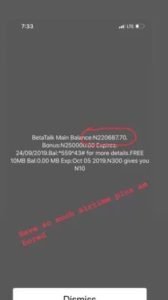 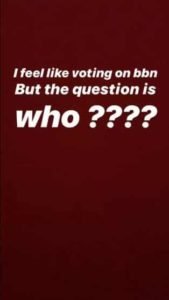 Up for eviction this week are Mike, Ike, Cindy, Elozonam and Tacha. They were put up for eviction by Frodd who has the power to put up 5 housemates for eviction after he won the Ultimate Veto Power.

‘I Will Reveal My Sexuality When I Become A Billionaire’- Bobrisky