Tanzanian comedian and winner of 2014 Big Brother Africa, Idris Sultan has been arrested for reportedly laughing at a throwback photo of President of Tanzania, John Pombe Magufuli in a short video he shared online.

His lawyer Benedict Ishabakaki told BBC on Thursday May 21, that he was accused of contravening the Cybercrimes Act 2015 against cyberbullying.

“A person shall not initiate or send any electronic communication using a computer system to another person with intent to coerce, intimidate, harass or cause emotional damage.”

“They have not told him till now if he has broken any clause … but their questioning behavior is related to the video. We hope he can be released on bail today. In short, the police claim Idris used the internet to harass the president.”

The famous Tanzanian comedian Idris Sultan (@IdrisSultan) is jailed after posting a video in which he was laughing at a picture of the President of Tanzania.

In October 2019, he was also arrested for photo-shopping President John Pombe Magufuli.

Meanwhile, many Twitter users demand for his release as they trend the hashtag #FreeIdrisSultan. 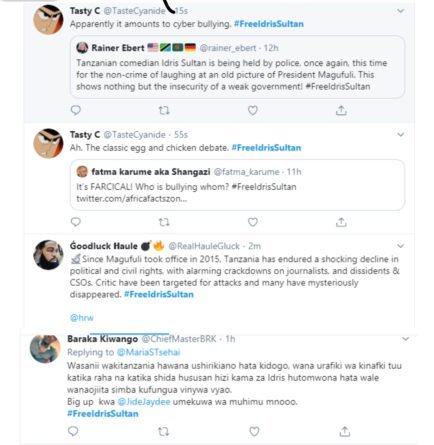 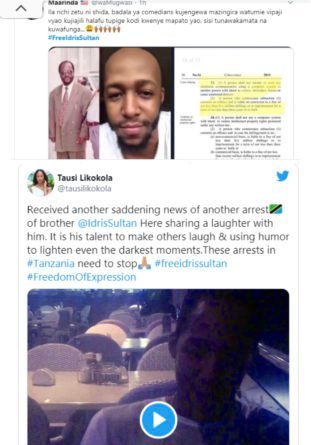