Innocent Ujah Idibia popularly known by stage name 2Baba is a Nigerian singer, songwriter, record producer, entrepreneur, philanthropist, Humanitarian, and activist. Prior to July 2014, he went by the stage name 2face Idibia. The multiple award winner has become a household name not just in Nigeria but globally. He’s ranked one of the best African musicians of all-time. He’s one of the most successful and bankable Afro-pop artiste in Africa.

Early life and background of 2Baba

2Baba was born 18 September, 1975 in Jos, Nigeria. He is of Idoma descent from southern part of Benue State, in central Nigeria. 2Baba attended Mount Saint Gabriel’s secondary school, Makurdi, Benue State for his secondary education before proceeding to the Institute of Management and Technology (IMT) in Enugu to pursue a Diploma in Business Administration Management. While studying, he performed at school organised shows and parties, as well as other regional schools such as the University of Nigeria and Enugu State University of Science & Technology. He also composed jingles at the GB Fanclub at Enugu State Broadcasting Services (ESBS) in 1996. He eventually left school to pursue his music career. He adopted the stage name 2face (Tuface) as a way to separate his personal life from his business life. In 2016, he officially changed his name to 2Baba.

After dropping out from school, 2Face Idibia relocated to Lagos and formed a band known as “Plantashun Boiz” alongside with rapper Blackface ( Ahmedu Augustine Obiabo) and singer Faze ( Chibuzor Oji). In 2000 they released their first studio album “Body and Soul” which brought them to limelight. They released another single ” Sold out” in 2003 before their split and each became a solo artist.

In 2004, 2Baba released his debut solo album Face 2 Face (2004), which established him as a viable solo artist. Following the success of his debut studio album, he released his second album Grass 2 Grace in 2006, which contained hits “One Love“, “True Love, “4 Instance“. He is the founder of Hypertek Entertainment.

In 2006, his hit song “African queen” gained international acclaim as it was used in the soundtrack for the film Phat Girlz, which was released internationally. Annie Macaulay made a cameo appearance in the African Queen Music video that garnered over 10 million views on YouTube.The evergreen song has and is still a hit today. 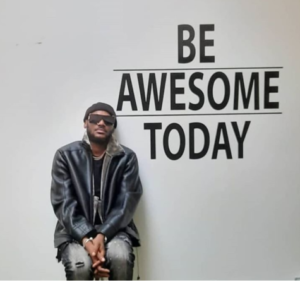 He released a promotion album in 2008 called The Unstoppable releasing the single “Enter the Place”. Problems with album distribution in 2007 caused a shift of the release date of the album from 2008 to early 2009.

In 2010, 2Baba released the international edition of “The Unstoppable” having just two singles “Implication” and “Only me“. This album was also released under the Hypertek Entertainment Record.

He released his fifth studio album titled “Away and beyond” on April 30, 2012 with “My Rainbow” as lead single.

In commemoration of his fortieth birthday, 2baba held an all-star tribute concert tagged  “The FORTYfied All-Star Tribute Concert”. Hosted by Basketmouth, the STAR lager beer-sponsored concert was held on 20 September 2015 at the Eko Hotel and Suites Convention Centre. The concert was attended by dignitaries and featured performances from notable musicians including Wizkid, Burna Boy, Timaya, Dbanj, Patoranking, Sound sultan, Vector the Viper, Wande Coal and Seyi Shay. Over the years, 2Baba has been  serving it hot and breaking the music scene with singles like Coded Tinz (2016) Officially blind (2016) Oya come make we go (2016) Gaga Shuffle (2017) and Amaka (2018).

The legendary music icon held a live performance concert tagged “20years a king concert” in Nigeria. It was held on Saturday, December 28 2019 at EKO Hotel Convention Centre, Victoria Island, Lagos. The event featured performances from from a-list acts including Wizkid, Patoranking, Terry G, Solidstar, Reekado Banks, 9ice, Ycee, Waje, and others. “20years a king concert” is a celebration of 2Baba’s 20 years in the Nigerian music industry. 2Baba has had lots of controversy with women. He has 7 children from 4 women. He’s married to his childhood sweetheart, Annie Macaulay. Annie is a Nigerian award-winning actress, movie producer, model and serial entrepreneur. They got married on May 2nd, 2012 in a private ceremony in Lagos, Nigeria. Their wedding had a high attendance of celebrities. 2Baba established an NGO called “The 2Baba Foundation” whose motto is “service to humanity”. The foundation is focused on nation building, peaceful co-existence, and accountability in governance.

In 2009, 2Baba was appointed as a brand ambassador by National Agency for Food and Drug Administration and Control. He released a song “Man Unkind” to raise awareness on the menace of fake and sub-standard food and drug products in Nigeria. He was also appointed the prestigious International Youth ambassador for Peace Summit and the Nigeria Youth Merit Award by the National Youth Council of Nigeria in recognition of his contributions to youth development in Nigeria.

In January 2017, 2Baba partnered with United Nations High Commissioner for Refugees (UNHCR). In June 2017, he released a dedicated IDP-awareness song titled Hold My Hand to mark the World Refugee Day, and promised 60 percent of the proceeds from the song to the IDP cause.

The iconic singer has collaborated with NGOs like The Nigerian RedCross Society, Enough is Enough (EiE)(Office of the Citizen campaign), Youngstars Foundation and National Democratic Institute (for Vote Not Fight campaign).

In 2019, he was officially announced as the Brand Ambassador for Pazino Homes & Garden.

2Baba has won several awards for music and entertainment. He has also been nominated in numerous categories most of which he won.

Outstanding Contribution to the Entertainment Industry 2004 Award for Excellence

Musician of the Year 2004 City People Awards for Excellence

Musician of The Year 2006 The Future Awards

Artist of the year 2011 Hip-Hop World Awards – “The Headies”

The versatile singer has an estimated net worth of $22 million. He earned his money from his music, shows, endorsements, and other business ventures.

“Before You Marry Any Woman, Allow Her Catch You Cheating At Least Three Times” – Barrister Ogudu

“Was Mandela a Celebrity Before He Started Fighting For His People?” – 2Baba