Chidinma Ekile known professionally as Chidinma or Miss Kedike is a Nigerian singer, songwriter and performing artiste. She rose to stardom in 2010 after emerging the winner of the third season of Project Fame West Africa. She has since then, been dominating the music scene in Nigeria.

Early life and background of Chidinma

Chidinma was born on the 2nd of May, 1991 in Ketu, Lagos state to the family of Mr and Mrs Ekile. She hails from Imo state and is the sixth of seven children. Chidinma disclosed that she was born blind but was able to regain eyesight after 16 days. She started singing at an early age of 6 and joined her church’s choir at age 10. She attained her primary and secondary school education in Lagos. 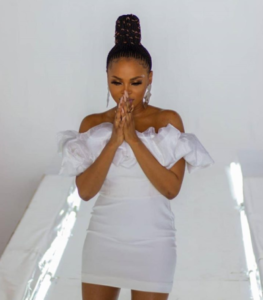 Prior to auditioning for Project Fame West Africa, she worked as a business promoter. As an industrious lady, she got busy while awaiting the admission list for her preferred course of study at the university. Chidinma wanted to study mass communication but ended up attaining a sociology degree from the University of Lagos. Chidinma initially declined her admission to the University of Lagos due to her progress in Project Fame West Africa.

Miss Kedike was among 8,000 aspiring contestants who went for the auditions and was subsequently chosen alongside 17 others to advance to the Fame Academy. At the Academy, she learnt the rudiments of music rapidly, much to the surprise of everyone as she gave stellar performances at the reality show. The vocalist emerged the winner of Project Fame season 3 in 2010. As her reward, she went away with a cash prize of N2.5 million, a Toyota RAV4 vehicle and a one-year recording deal. In May 2013, Chidinma signed an endorsement deal with MTN Nigeria. The momentum from the win led to the release of her debut studio album.
In 2011, Chidinma released her first studio album with hit singles like Jankoliko, Carry You Go, Kedike and Run Dia Mouth. She has collaborated with the likes of Flavour, Sound Sultan, Eldee, and many more. Her biggest musical influences include Michael Jackson, Fela Kuti, Bob Marley, Mariah Carey, Alicia Keys, Whitney Houston, Omawumi, Onyeka Onwenu, Lagbaja, and Darey Art Alade.

On 14 September 2012, she released single “Emi ni baller” featuring Illbliss and Tha suspect. The song was produced by Legendury Beatz. It peaked at number 7 on Vanguard’s list of the Top 10 songs that made 2013. The official remix for “Emi Ni Baller” was released on 22 February 2013.

On June 10, 2013, Chidinma released another hit single “Bless My Hustle” featuring Phyno, after which she released another hit single “Oh Baby” and “Ololufe” featuring Flavour. “Ololufe” sparked controversy in Nigeria as many people opined that the sensational singer and Flavour were an item. She denied the rumour in an interview stating that they were good friends and colleagues in the entertainment industry. 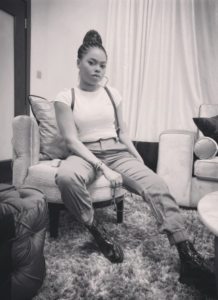 In November 2019, The songstress released an epic EP titled “40 years Everlasting” featuring Flavour. They set tongues wagging over their sizzling photos on social media. This stirred reactions among her followers claiming she was dating Flavour and had probably gotten married to him. It however turned out that the images were all just promotional pictures for their new Extended Play (EP) .

The “Kedike” crooner has had her fair share of scandal. Chidinma was associated with a sex tape in 2013 which went viral on the internet. She denied it was her, saying the female in the tape was just a look-alike. She has since said the experience was traumatic for her but thanked her family and friends for showing support. 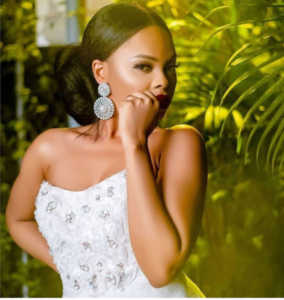 She established a non-profit foundation called MMA Foundation which caters for people who are visually impaired and helps them achieve some of their goals. She has since done extensive work with her foundation in and outside Nigeria, most notably in Togo where she worked with SOS village. Chidinma has shared the same stage with Dr Sid, D- banj, P-Square, Olamide, Burna Boy, Waje, Tiwa Savage amongst others. Chidinma has performed in several countries in Africa, including the Republic of Benin, Sierra Leone, Côte d’Ivoire, Kenya, Cameroun, Equatorial Guinea, Niger and Ghana.

It was once rumoured that the soulful singer was having a secret affair with the Highlife musician, Flavour N’abania.She has also been rumoured to be romantically linked to music stars such as Dammy Krane, Tekno, Falz, Kiss Daniel and Phyno. In 2019, she and Kizz Daniel were seen together in most photos so it was assumed that they were dating.

On her alleged relationship with Kiss Daniel, Chidinma said “I don’t like to speak about my relationship or love life in public. There is nothing to talk about me and Kiss Daniel; people can say anything they want to say. Whether I am in a relationship with him or not, everyone will get to know later. I find it weird that I am always linked to one musician or the other. At times, it takes extra effort for me to convince people that certain reports about me are untrue.”

Chidinma won Best Female West African Act at the 2012 Kora Awards. Her award plaque was presented to her by Didier Drogba. She toppled Omawumi and five others for the honour. Chidinma has won several awards which include Best Female Act at the City People Entertainment Awards, Best Video at the Nigeria Music Video Awards, Best R&B Artiste of the Year at the Headies Awards and Most Gifted Act at the MTV Awards. She has also been nominated for several categories like Musician of the Year (Female), Best Collabo of the Year, Best Pop/R&B Artist of the Year, Female Artist of the Year amongst others.

Chidinma Ekile is currently one of the richest and influential female artists in Nigeria with an estimated net worth of $2.8 million.

You Are A Traitor – Demmie Vee to Kizz Daniel.