Dakore Egbuson-Akande is a renowned Nollywood actress, TV personality, vocalist, dancer and humanitarian. She has featured in many Nigerian films including Chief daddy and Isoken. She is one of Nollywood’s superstars with the highest endorsement deals.There is no doubt that the screen diva has paved a successful career for herself in the Nigerian entertainment industry.

Dakore Akande was born as Dakore Omobola Egbuson on 14 October, 1978 in Bayelsa State, Nigeria. Being the first child of her parents, she learnt how to be independent quite early as she had to take care of her younger ones. For her primary and secondary education, she attended Corona School and Federal Government Girls’ College in Lagos and Bauchi respectively. After completing her secondary school education, Dakore proceeded to University of Lagos to pursue a Bachelor’s Degree in Mass Communication, but had to drop out due to incessant strikes. Dakore had always known that she would be in the entertainment industry. She began doing music and theatre plays at the age of 5. She was so passionate about music that she won the best prize in music at Corona school. Dakore started out as a musician before delving into into acting. She began mainstream acting in 1999. She got featured in two movies which were not released on time due to actors’ strike in Nollywood then.
She decided to travel to London to explore other opportunities. While at London, she got the privilege of performing at the prestigious Royal Festival Hall, London. When the actor’s strike came to a halt in Nigeria, the movies she featured in were released. The movies got her recognition as many producers wanted to feature her in their movies. This made her move back to Nigeria. 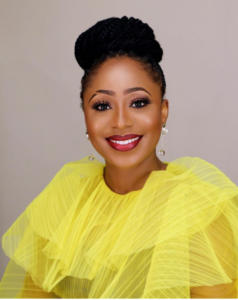 She rose to prominence after featuring in movie “Emotional crack”. Thus far, Dakore has featured in over 150 movies. The gorgeous mother of two took a 5 year break from acting after she got married and returned with a bang in 2012. She announced her comeback with the movie – Journey to Self. She has since featured in quite a number of movies- Fifty the series (2017) Isoken (2017) New Money (2018) Chief daddy (2018).

In September 2019, Dakore Akande was featured in the Visual Collaborative e-catalogue, themed Vivencias, meaning experiences in English. In February 2020, Dakore, alongside Oluwaseun, a radio OAP and compere were announced as co-hosts of the maiden edition of MultiChoice’s latest reality show, Ultimate Love. Dakore has a number of endorsements to her credit. She bagged endorsement deals with corporate bodies like MTN, Nestle, Amstel Malta, Pampers, Amnesty International and Oxfam America.

She is the current Ambassador for ActionAid Nigeria, an international N.G.O with the aim of sensitizing Nigerians to align with the poor and disadvantaged in society. She was the first Nigerian actor to be named Ambassador of Amnesty International and OxfamAmerica in the campaign for the control of arms and ammunition. Dakore also partnered with the UN in the campaign for girl-child education and violence against women.

Dakore is married to Olumide Akande, the son of Chief Harry Akande, the popular Ibadan multi-millionaire. The marriage is blessed with two children. She is also one of the very Nollywood actresses free from scandal. In January 2020, there were speculations that the couple’s marriage had hit the rocks. She debunked claims of her marriage crash.

Dakore Akande is a renowned Nollywood actress, rated one of the richest and most influential with a net worth of about $500,000 dollars.