Fisayo Fosudo, also known as FodaAdu is one of Nigeria’s biggest YouTuber. He is a visual storyteller and tech video producer. With a subscriber base of over 60,000 and over 5 million total video views, Fisayo Fosudo has achieved nothing but success in just 3 years of curating Tech-based Youtube videos.

Fisayo was born 23rd 0ctober, 1995 in the city of Lagos, Nigeria. He graduated from University of Lagos where he majored in Economics. Fisayo has professional background in brand communication and technology before he became a full-time YouTuber. 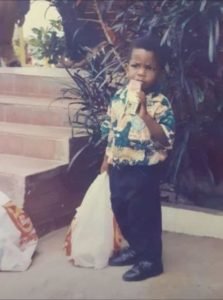 Fisayo as a young boy

He has always imagined himself creating technology videos since 17. His interest in computers began when he practised graphic design as a second-year student in university; Creating graphics heightened his passion for technology. He uploaded his first mobile tech video in May, 2016 and since then he’s been able to give value in terms of products reviews, info and purchase advice to more than 40,000 subscribers and 40 companies. Fisayo’s goal was, and still is, to help people figure out what’s interesting (or not) about the latest smartphones. He provides in-depth analysis of these smartphones, accessories and applications. 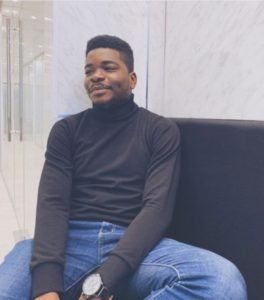 On the 31st of January, 2018, he was elected to go to the National Assembly, Abuja to meet with the senate president, Bukola Saraki presenting ideas on collaboration between the Public and the Senate under the Public Senate Project.

In February 2018, BellaNaija and TheNet.ng respectively featured Fisayo as one of the Top 10 Vloggers and 10 Nigerian YouTubers to watch in 2018. Fisayo was Interviewed in May 2018 on Channels Television’s Network Africa show where he talked about the state of Mobile Technology in Africa. He has also been interviewed on Silverbird TV and Television Continental (TVC).

In June 2018, Fisayo was invited by Infinix alongside other popular Tech video producers to witness the launch of Infinix Note 5 in Dubai.

In December 2018, his channel subscribers vastly increased making Fisayo one of the most subscribed-to “tech” YouTube channels in Nigeria. He uploads at least one video per week. The channel receives an average of over 160 subscribers every day as of December 2018. He was also featured as part of YNaija’s New Establishment List of 2018 (A yearly list compiled by YNaija showcasing 50 exceptional, bright and most promising Nigerian Youths). Fisayo Fosudo teaching at an event

On the 23rd of July 2018, Fisayo was interviewed on the 37th page of Business Day’s Newspaper where he spoke about his YouTube journey.

Fisayo’s reviews have been promoted by brands such as Infinix and other review sites/social media pages as well.

No publicly known relationship at the moment.

With the countless number of tech vloggers and visual storytellers in the world today, Fisayo has been able to create a name for himself in the YouTube community.