Jude Abaga popularly known as M.I Abaga is a Nigerian rapper, songwriter, poet and record producer. M.I (Mr Incredible) emerged and dominated the Hip Hop World in Nigeria. His lyrical prowess makes him an outstanding artiste in Nigerian music industry. He was CEO of Chocolate City from June 2015 to 2019. His rapping skills has been likened to that of Lil Wayne, Jay-Z, and Kanye West.

Early life and background of M.I

M.I was born on on the 4th of October 1981 in Jos, Plateau to Pastor and Mrs Abaga. He has two brothers- Jesse Jagz and Jason Abaga. Jesse Jagz is also a rapper in the Nigerian music industry. He hails from Taraba state. M.I attended Baptist High school, Jos. Growing up, he developed interest in music. His mother discovered that and purchased basic music notations and 7-key mini piano for him thus launching him into the music world. He also listened to tracks from Lauryn Hill, Bob Marley, Sarah Maclachlan, Pablo Neruda, Jay-Z and DMX. These helped shape his music career.

While pursuing a career in Business and Economics at Calvin College, Michigan, US; he delved into poetry and usually performed at the school’s major hip hop shows and concerts. His thrilling rap flows and performance got him a third-place finish at the Calvin College show tagged ‘HipHopera‘ in 2003.This was the only “hip hop show” that Calvin College ever had. M.I also tried his hands on stand-up comedy but a few flops made him stick to music. 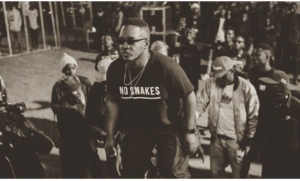 He kick-started his music career after returning back to Nigeria in 2003. He rose to prominence in 2006 when his song “Crowd Mentality” became popular in his hometown of Jos. In an industry dominated by the likes of Modenine, Ruggedman and Eedris Abdulkareem, he carved a niche for himself.

He produced mix tapes with his friend, Djinee which led to the release of his single “Safe” ,(a song which was a parody of various Nigerian hit songs). “Safe” earned massive airplay by African radio and music video stations such as MTV Vibe. This is one of M.I’s greatest hits. The positive reviews accompanying “Safe” spurred him to release his first studio album titled “Talk About It” and was rated 8.5/10 by Oye Akideinde of 360nobs. This was a huge success as he won the City People Awards for Best Hip Hop Artist and Musician of the Year 2008.

Motivated by his previous wins, M.I dropped a sample mixtape in 2009 and 2012 titled: Illegal Music I and II.  He later teamed up with several music artists Lindsay, Ice Prince, including his younger brother, Jesse Jagz, and others to establish Loopy Music. After a while, Chocolate City company – a renowned music label in Nigeria, signed M.I Abaga. This caused him to relocate from Jos to Abuja. This move launched him into a successful music career. M.I Abaga has also received international recognition in South Africa from the popular Channel O Music Video Award, MTV base Music Video Awards and also the American BET Awards. 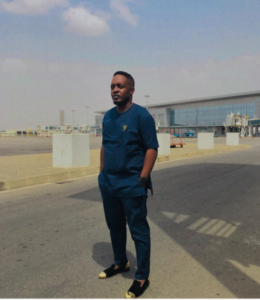 In 2012, M.I Abaga was appointed as a United Nations Goodwill Ambassador. He has also achieved worldwide recognition as part of the vanguard of the “Afrobeats” waves.

In 2013, he got an endorsement with Nigerian telecommunication company Glo Mobile as a brand ambassador alongside other Nigerian artistes like Omawunmi, Burna Boy etc. He was also a judge in Glo X-Factor, the Nigerian version of the reality singing show in 2013.

The third and final mixtape of the “Illegal Music” series – IIegal Music 3 was released on  February 29, 2016. The ten-track mix tape gathered over 400,000 downloads in just three days.

On February 9, 2018, M.I released his seventh studio project titled Rendezvous, a playlist with a style generally different from the regular.

On August 24, 2018, Yxng Dxnzl (pronounced Yung Denzl) was released. The album was tagged “A Study on Self Worth” and included the single “You Rappers Should Fix Up Your Lives” – which triggered a slew of responses. The album was released with the aim of re-awakening rap music in Nigeria.
M.I has contributed immensely to the raising of artists such as Wizkid, Jesse Jagz, Vypa, Ruby, Tone, Ice Prince, Pype, Brymo, and KhaliGraph Jones. Thus, he’s regarded as the hip-hop Messiah of Nigeria. In a world where the Northern presence isn’t felt in the music industry, M.I has helped bring them to limelight.

On March 6 2020, the rapper announced his departure from Chocolate city after 13 years of being a part of the label.
M.I has had controversies surrounding his music career. He’s had feuds with Kelly Hansome, Iceberg Slim and Vector. The feuds were quite a media sensation. In 2009, Iceberg stated that it was healthy competition in Hip Hop.

On August 30, 2018, Vector had reacted to M.I’s song titled, ‘You Rappers Should Fix up Your Lives.’ During a radio interview, Vector maintained that M.I was wrong to have condemned Nigerian rappers in the song. The next year, M.I and his team threw a jab at Vector in the song “Martell Cypher“. This led to Vector and his crew ‘dissing’ MI on the track, ‘The Purge’. Thereafter, MI directly fired ‘shots’ at Vector in the ‘diss’ track dedicated to him and titled, ‘The Viper’. Unrelenting, Vector fired back at M.I in the song, ‘Judas the Rat’, where he claimed MI was responsible for the failure of Jesse Jagz’s music career. Some concerned persons have tried mediating but it seems the rappers are not ready to come to terms with each other. 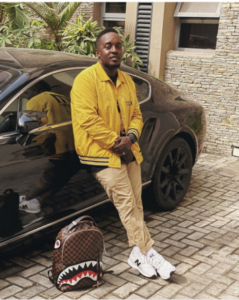 M.I’s popularity has grown quickly over the years in Nigeria as he has become one of the most critically acclaimed rap artists, and has recently been compared to other artists like Naeto C, El Dee, D’banj, 9ice and Mode 9.

An online music site – NotjustOk.com listed M.I as the fourth most talented rapper in Nigeria. The ranking didn’t sit well with M.I and he used the Track 5 song on his 2016 released mix tape “Illegal Music 3″ to address the issue of him being compared to other Nigerian rap stars. He explicitly demanded that critics leave his name off any list and stop rating music they didn’t help create just because the critic wants to gain more traction, followers and boost their ratings.

M.I once dated Erica Okundaye, Miss Nigeria 2010 runner-up for close to two years. At some point, Erica worked with Choc City group before she resigned. It is not clear when and how the relationship between these two ended.

M.I Abaga in the cause of his music career has received several awards and honors.

In 2008, he won the Best Rap Single at the Hip Hop World Awards. He also won the Musician of the Year at the Modemen Awards.

In 2009, he won the Best New Act at the MTV Africa Music Awards. He also won the Best Use of Special Effects in a video and Best Mainstream Hip Hop Video at the Nigeria Music Video Awards.

In 2015, he won the Best Rap Album of the Year at the Headies Awards for his album “The Chairman”.

He’s been nominated for the following:

Musician of the Year at the Mode Men Awards – 2008

Lyricist on the Roll at the Hip Hop World Awards – 2008

Lyricist on the Roll at the Hip Hop World Awards – 2009

Video of The Year at the Nigerian Music Video Awards – 2009

Musician of the Year at The Future Awards – 2009

Lyricist on the Roll at the Hip Hop World Awards – 2010

Artist of the Year at the Diaspora Professionals, Dubai – 2011

Best Performer at The Headies Award – 2018

With an estimated net worth of $3.9 million, M. I is ranked one of the richest rappers in Africa.

Nigeria has recorded an additional 304 cases of COVID-19 in the last 24 hours. In the update released by the