Mavin act, Rema has received a Honorary Membership Award of the BMW Club of Nigeria for his promotion of the automobile brand in his recent hit single, “Beamer” (Bad Boys).

The young superstar was recieved by the members of the BMW club at Eko Atlantic, Lagos where they bonded over races and drifts. Rema also got to experience the famous “Thanos”, a BMW M4 which he called Godzilla after getting a taste of the bride steered by the Club’s new Vice President, Theo Samouris.

See Photos From The Event Below: 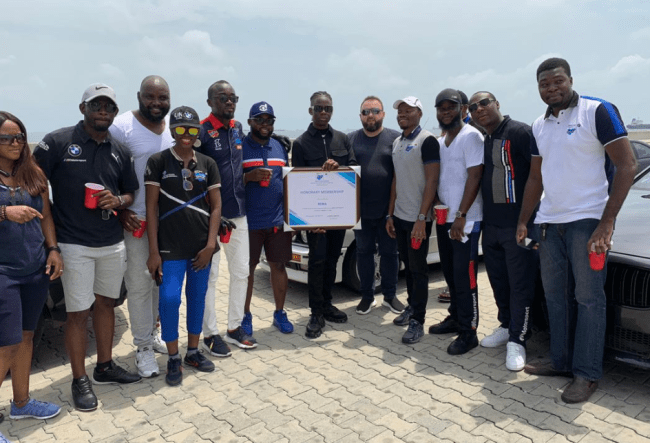 Kiki Mordi, Others Call For The Boycott Of Wema Bank Over Their International Women’s Day Message