Nigerian streets man and convener of the #OurMumuDonDo movement, Charly Boy has reacted to the allegations of bribery levelled against him by his co-convener, Deji Adeyanju.

Charly Boy says Deji Adeyanju is only bitter and wants a share of the 9 figure bribe he had received from the spokesman of the APC Campaign organisation, Festus Keyamo.

According to Charly Boy, Keyamo came to him to discuss Deji’s matter and he had a copy of his song where he was dissing Atiku Abubakar of the PDP.

Obviously from the video, Keyamo wanted to pay for the song and he let him pay.

Charly Boy also revealed the money he had accepted from Keyamo was a a whooping 9 figure which Deji wanted a part of.

Watch the video below: 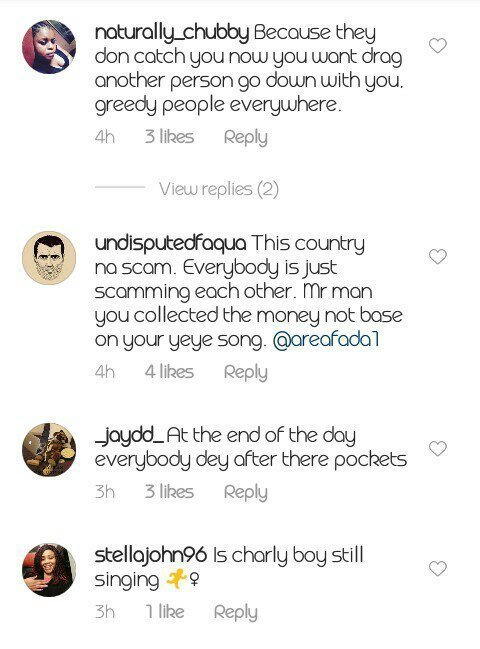 Festus Keyamo to APC supporters ‘don’t taunt those who lost’