The FA Cup third round fixture between Chelsea and Nottingham Forest could be a thorn in the flesh for Sarri. He has had to play lots of games with  only few days in-between. Infact, they have a very hectic schedule of a game every three days among which is the double-legged EFL cup semi-finals tie against Tottenham. An early exit from the FA cup isn’t on the list of cards for the former Napoli-definitely not at the Stamford Bridge- and Chelsea will be seeking to avoid this.

Chelsea have managed only seven points from four games during this Christmas period and a growing list of injury concerns. Sarri’s latest outburst was in a goalless draw at Southampton. He complained that his side needed a little cutting edge by getting a striker in the transfer window. The London Blues now sit three points atop a fifth-placed Arsenal side in the Premier League. Although, Chelsea have already played 31 games this term, the Italian gaffer hasn’t really rotated his team as he maintains a trusted eleven game-in, game-out.

This is however inevitable this time as the team who played a goalless draw against the Saints showed signs of fatigue. Fabregas has been an unused substitute under the management of the Italian and will be looking forward to make a statement before leaving for the summer. They selected team will be given the opportunity to end a run of matches with two or less goals. Here’s a quick look at the club’s current form 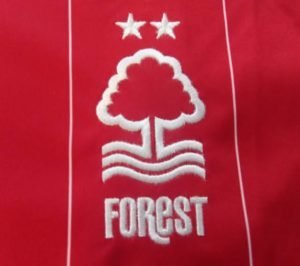 Aitor Karanka would be willing to make a statement at the Stamford Bridge. The Spanish gaffer has been reprieved after a win against Leeds United ended their poor run of results. Another loss at Leeds United would have forced the hands of Forest’s board to show Karanka the door out. However, a win here could buy him some more time. Nottingham’s recent four-goal haul came against a Leeds side reduced to 10 men. Aitor’s Karanka defensive-minded team set-up won’t be looking to score lots of goals. The East Midlands with a fair share of luck should be able to manage at least a goal at the Stamford Bridge.

Can the London Blues force out a win against a defensive minded forest? Only time will tell. But before then, let’s take a look at the club’s current form in all competitions.

Sarri is expected to hand Cesc Fabregas a starting role as the Spaniard is reportedly prepared to leave the club in the summer. Eden Hazard should sustain his starting role due to the injuries sustained by Callum Hudson-Odoi, Willain and Pedro.

Mateo Kovacic could be passed after an assessment just before the match, Jorginho and Kante would however be left out.

Absentees for the East Midland outfit include: Michael Hefele (Achilles), Lewis Grabban and Michael Dawson. Figueiredo could however be back from a dead leg situation.