Popular music act, Davido has reacted to the release of the indigenous rapper, Zlatan Ibile, by the Economic and Financial Crimes Commission (EFCC).

Zlatan Ibile was released from EFCC’s custody alongside 4 others arrested on Friday over allegations of fraud.

The anti-graft agency has confirmed that Zlatan and his cohorts were released on administrative bail, while the evidence against Naira Marley was overwhelming enough not to grant him bail.

Reacting to the situation, the ‘IF’ crooner celebrated Zlatan’s release and urged him to go back to making history. 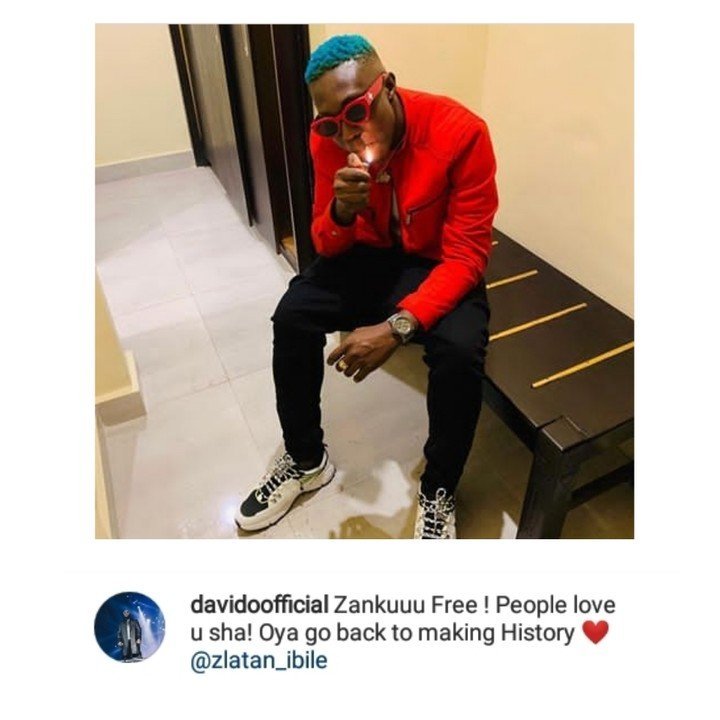 Also Read: Zlatan’s Camp Debunks Rumors That Davido Helped Him Out Of Jail