Nigerian actress, Bimbo Akisanya while advising against staying in a violent relationship revealed she left her marriage when her son was 3 months old.

She disclosed she had just been married for 1 year 4 months and it was a hell for her. She left for the safety of herself and her child.

This revelation is coming after Maryam Sanda’s death sentence over the murder or her husband. Many have reacted to the case and Bimbo Akisanya advised people to leave their marriage when it’s not working again to avoid being murdered or being the murderer.

”Hello, DO NOT KILL ANOTHER PERSON’S CHILD all in the name of marriage. I am also a mother & I know how I am striving to train & feed my son. Please, don’t pray or wish for a mother to labour in vain oooo? it must be AN EYE FOR AN EYE??“ 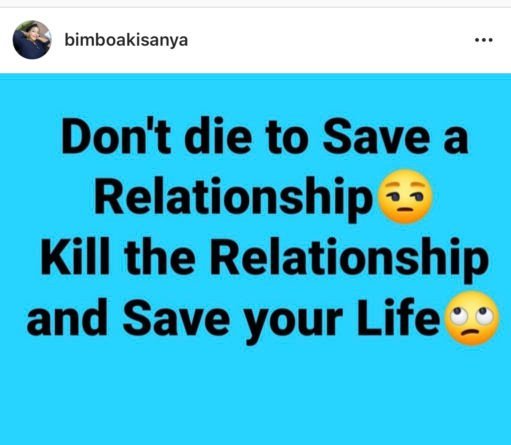 Adediwura Gold Speaks On Finding Love, 12 Years After Her Divorce

“You’re My Life, My Joy” – Tonto Dikeh Celebrates Son As He Turns 4 (Pictures)