Floyd Mayweather’s daughter, Iyanna is currently in police custody after she allegedly stabbed another lady over rapper, NBA Youngboy.

According to the reports by TMZ, Iyanna ‘ Yaya’ Mayweather, 19, was arrested for felony aggravated assault in the early hours of Saturday morning (April 4). 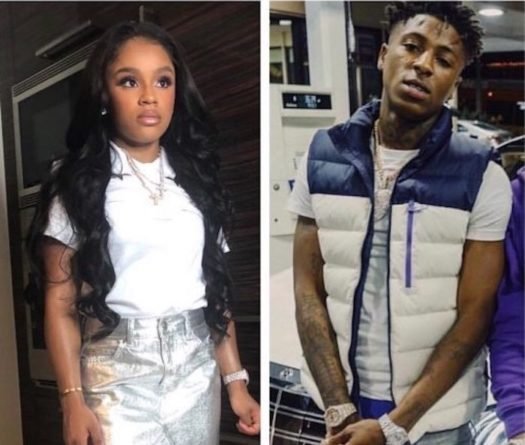 She was involved in a physical confrontation with another woman named Lapattra Lashai Jacobs, at the rapper’s home after arriving and finding the pair together.

Both women are said to be dating the rapper. They both got into a fight in the kitchen and Iyanna allegedly charged at Jacobs with two knives and stabbed her. Reports say that Jacobs, who is one YoungBoy’s babymamas is in critical condition.

Iyanna Mayweather allegedly said that she was incited into defending herself when Jacobs pulled her hair and ran into the kitchen.

She has been charged with assault with a deadly weapon. Her bond was set at $30,000.

Nigerians Blast Funke Akindele and Husband, JJC Skillz For Holding A Party In Their Home

Gedoni and Khafi’s Wedding Slated For April 4, Has Been Cancelled

“Please Never Vote For Any President With a Military Background, You’ll Regret It” – Samklef

Ruggedman Reacts To The Attack On Angela Okorie

AFCON: Rapper, AKA Rants After South Africa Lost To Nigeria