A man identified as Samuel reportedly collapsed and died on his wedding day in Jos, Plateau state.

His colleague identified as Nathaniel Audu Gana took to Twitter to express his condolences as he wrote that Samuel was a jovial fellow.

Samuel slumped on his Wedding day to Helen and he sadly slumped while preparing for the event.

”Samuel Yarling was my colleague while at the Airtel Customer Care Centre. He was a jovial jolly good fellow. We kept in touch even after retiring from the call center. We chatted and often joked about life and marriage.

”Recently his pre-wedding pictures sprung up and I was super happy for him. I teased him and we laughed after which I wished him well.

”Today was meant to be one of his happiest days but as fate would have it, he slummed and dies today while getting ready for the great event.

“It’s been a day of sober reflection. Life is empty. Life is full of mysteries. May God heal and console all those grieving around the world.” 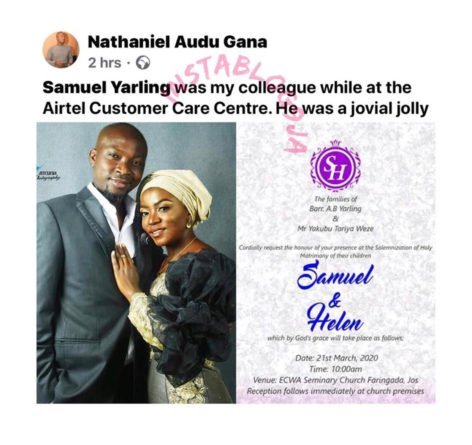 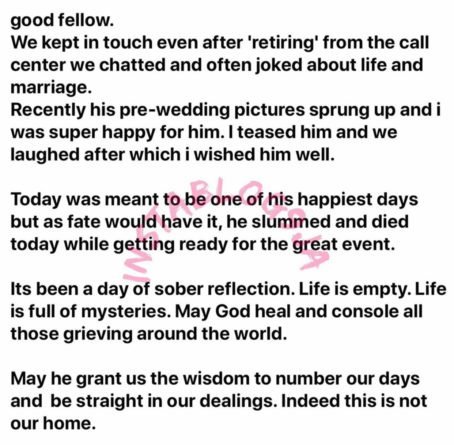 Evangelist Calls Out Pastor Adeboye’s Son, Leke For Dressing Like A “Gangster”