Hollywood producer, Harvey Weinstein, today has been sentenced to 23 years in prison as he was found guilty of rape and sexual assault.

Prior to his sentencing, the Hollywood producer whose actions ignited the #MeToo movement in the United States faced between 5 and 29 years in prison for convictions on first-degree criminal sexual act and third-degree rape. The charges were based on testimony in a New York courtroom by Miriam Haley and Jessica Mann, who both testified at the sentencing. 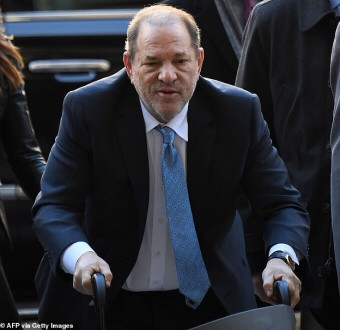 Weinstein was found guilty of committing a first-degree criminal sexual act by forcibly performing oral sex on production assistant Haley in 2006. He was also convicted of third-degree rape, for attacking aspiring actress Jessica Mann in a Manhattan hotel room in 2013.

Lady Calls Out Man Who Sent Her Photos of His Eggplant