Football the beautiful sports, her players with fat accounts. In pop culture, beauty and fat are two lines that can never meet. In sports, however, the more beautiful, the fatter the account of its participants. So in today’s post, we are going to see how clubs fatten the accounts of there players with beautiful skills. Sometimes the width of an account is based on the beauty or the potential amount of beauty the club believes the player can deliver. In simple terms, this post is about the Highest Paid Players in the world at this time. 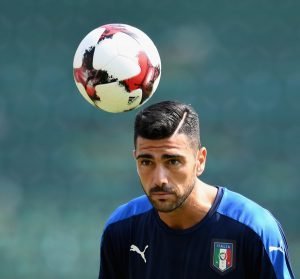 Of recent Clubs in the Chinese Super League have been breaking banks to bring European players to the league. This is just more evidence of how good the Chinese economy is doing. This Italian striker moved from Southhampton in the EPL for a transfer fee of £12million. The 32-year-old marksman is reported to earn £15 million annually from the Chinese club.  This brings his income to almost four times of what he was earning while in the English Premier League 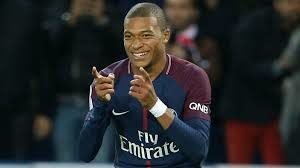 Mbappe the teenage sensation from France was the most expensive teenage player after he moved to PSG from Monaco in 2018 for a whopping £166 million. He’s not seen as much play time as expected at the Parc Des Princes. However, his presence is a big boost to the already dangerous attack of PSG which boasts Cavani and Neymar. 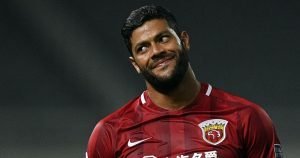 Some time ago when players wanted to earn big they went to Dubai or some other Middle Eastern leagues. However, the Chinese Super League has become very attractive, especially for players nearing retirement. Gavanido Vieira de Sousa popularly known as Hulk is 31 years old and he’s been in the Chinese League since 2016.  He moved from Zenit Saint Petersburg to Shanghai SIPG for a transfer fee of £45million. The Brazilian forward earns £17.6 Million pounds annually at his club.

This will come as a surprise to a lot of people; the GOAT doesn’t have the highest salary, that’s not good. And it is also understandable that Ronaldo is not pleased with this. He believes he should be earning at par with his pedigree as one of the best in the world, or at least at par with his arch-rival. As at the time of this writing, his wages at his club hasn’t increased. At his age he’s still performing at the club, scoring goals and winning matches. C.Ronaldo still earns 18.5 Million annually after tax from Real Madrid. 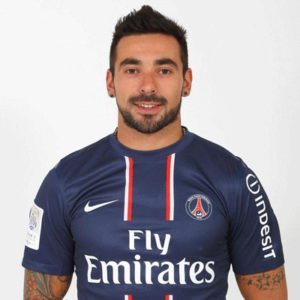 Even much less popular Lavezzi earns more than C.Ronaldo, one of the best in the world at the moment. According to Marca, the former PSG player earns 23.5million annually.  He moved from PSG to Hebei China Fortune in 2016. In the first season, though the winger couldn’t do much, due to an injury, he ended up playing just ten matches.  In his second season though he’s justified the amount of money he earns.

Oscar caused a major outrage when he joined the Chinese Super League, he was 24 in his prime, almost unthinkable for a player of his skill level, or so we thought. We’d have expected him to play in the top European Leagues. What he loses in popularity and more than makes up for in finances. Oscar is #4 player on our list of highest paid players in the world. He also got to join his countryman, Hulk in China. The deal cost Chelsea 60 million, making his transfer the most expensive in Asia of all time. 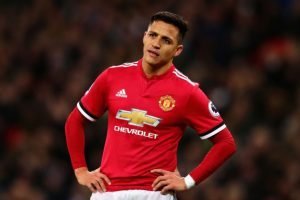 A lot of clubs were interested in Alexis Sanchez, but none of them wanted to pay the wage he was asking for. Manchester United stepped up to the challenge as a Matador to a bull, and now they have the 30-year-old. The problem though is that he’s not had a fantastic first season. He has to merit his wages right? The big Chilean still has more time on his contract though, but we don’t know how patient Mourinho will be. He earns 23.4million annually, this makes him the highest paid player in the English Premier League.

At the moment, this marksman is nursing an injury and hasn’t been playing for PSG. Prior to the injury though, he was in dazzling form.  At the moment he’s the most expensive player in the world. He became the most expensive player last year when he moved from Barcelona to PSG for a fee of £189million. Neymar has been alleged to have said that there are no worthy opponents in the French League. And there are rumours linking him to Real Madrid to serve as Ronaldo’s replacement. At the moment he’s the number 2 on our list of highest paid players in the World, he earns £31.7million annually. 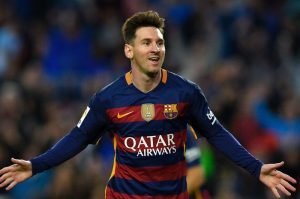 We are not surprised this Argentine wizard is at the top this list. He’s one of the best in the world and as such deserves to be on this list. Messi signed a deal with Barcelona that will see him play at the Nou Camp till 2021. Messi after-tax wages at the Nou Camp is £40.5 million. He and C.Ronaldo are the only players to earn after-tax incomes. Those are some of the perks of being the top dogs in any area of endeavour.

Messi Reportedly Offers To Bail Ronaldinho Out Of Prison With €4million