Nollywood actress, Moyo Lawal announced in new post that no man she’s dated has ever left her. 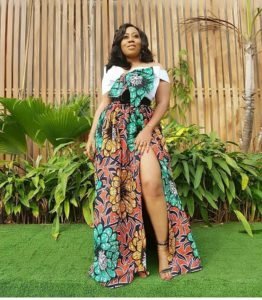 “P.s I have just never been able to forgive a wrong done.” she concluded.

Recently the actress addressed people who criticized her by saying she should cast in pornography. She shook their criticism off and stated that she sees it as a compliment.