Nollywood actress, Toyin Abraham in her reaction to Maryam Sanda’s death sentence advised people to leave their marriages if it’s not working.

Maryam Sanda on Monday, January 27, 2020 was sentenced to death by the Federal High Court, Abuja after she was found guilty for stabbing her husband, Biliyaminu Bello to death.

Reacting to the death sentence, Toyin Abraham shared a picture of Sanda with her daughter and wrote; 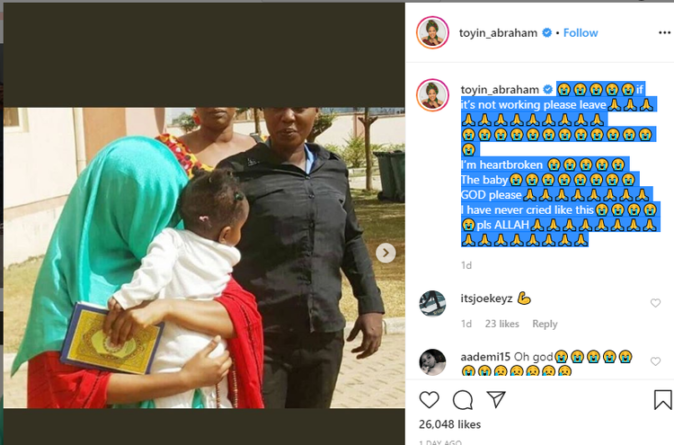 Also in the news is a doctor who made a tweet saying his wife should not be sentenced to death if it happens that she kills him as he would want her to take care of their kids.

Read More>>> “If My Wife Ever Kills Me, She Should Be Allowed To Live And Take Care Of My Children” – Nigerian Doctor

‘I Will Always Love Her’ – Actor, Brian Austin Green Confirms Split From Megan Fox After Nearly 10-Years Of Marriage