The PRO posted that anyone who wants to display his wealth should be ready to display how they got it.

“If you really want to show opulence and display wealth extraordinaire, be ready to display how you also worked hard to acquire them in order to avoid stories that touch.” 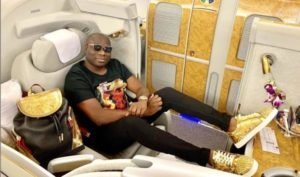 Mompha, Ismaila Mustapha was recently arrested by EFCC in Abuja after they were tipped by Interpol. He is known for always putting his wealth on display on social media hence the name, Nigerian “big boy.”

EFCC released a statement shortly after his arrest stating that the suspect has confirmed his involvement in two cases of fraud.