An Ugandan Imam, Sheik Mohammed Mutumba discovers he got married to a man two weeks after their wedding.

According to Daily Monitor, a Ugandan online news platform, Sheikh Mohammed Mutumba of Kyampisi Masjid Noor mosque tied the knot with his ‘wife’ Ms Swabullah Nabukeera two weeks ago after they met.

The couple however didn’t have any sexual intercourse before their marriage.

Nothing happened after their marriage also, Sheikh Mutumba stated that his “bride” claimed she was on her menstrual period so he was waiting for her to get better.

However, Nabukeera’s identity was discovered after Mr Mutumba’s neighbour claimed that his newly wedded wife had jumped over a wall and stole their television set and clothes.

The case was reported to Kayunga Police Station and officers were dispatched to arrest Ms Nabukeera. It was during the arrest they discovered he is a man. 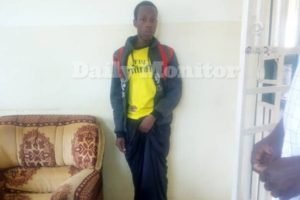 The suspect also revealed his real name is Richard Tumushabe and that his intention was to dupe the Imam. He has been charged with impersonation, theft and obtaining goods by false pretense.

Star of ‘Queen of Katwe,’ Nikita Pearl Waligwa, Dies at 15

Nigeria and Uganda Play a Goalless draw in Asaba