The transfer window gets even busier with rumours aplenty. That’s what makes it an interesting period yh? Aye! iDONSABI takes you through all concluded transfers and the rumours making the rounds. 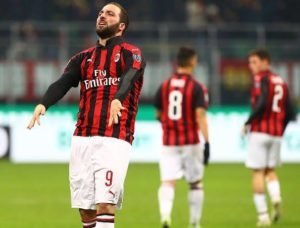 According to a report by Goal, Chelsea would not put pen to paper for a Gonzalo Higuain deal with the complexities of the deal not making it a viable one contrary to previous posts. Markedly, the former Real Madrid star, Higuaín has been below par for the Rossoneri after signing a loan deal with an option to buy. His performance this term has since discouraged the Rossoneri to exercise that part of the clause.

The interest in the Argentine usurped after poor records in front of goal saw them struggle in a goalless draw against lowly Southampton. Altogether, Chelsea’s strikers have done very terribly this term with Eden Hazard having to shoulder the goal-scoring responsibilities. Morata who was to be involved in the potential swap deal has not scored in the league since October. Giroud has specifically been barren in the goal scoring department having appeared on the scoresheet only once in the game against Tottenham.

Maurizio Sarri will therefore have to look elsewhere in search for a striker.

Wolves closing on a move for Tammy Abraham? 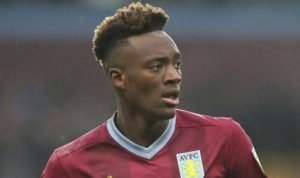 The complications surrounding this transfer has meandered about some loop-holes in the youngster’s sign-on clause and Wolves will be seeking to exploit this break clause. Abraham is presently on loan to Aston Villa from Chelsea. The FA has stated that they do not view Abraham’s appearance for the London Blue’s U-23 as a competitive match. As a result, he can play for another club this season. However, the English FA has put this deal on hold pending approval after seeking consultations from FIFA.

Meanwhile, separate reports by the Telegraph and Skysports have suggested that Wolves would be seeking for a long-term loan rather than a permanent transfer deal.

What this deal could mean?

Abraham has already scored 16goals in 21 appearances for Villa this term. Nuno Espirito Santo’s side will be looking to add a bit of a cutting edge to the ball in the final third and this seems to be the right choice for the 9th-placed side.

The signing would keep Raul Jimenez on his toes and offer competition for the striker role. For the most part, Adama Traore has not been efficient in this role. Abraham in contrast will bring just the right spark to the team.