A lady, @tobygurl_ on Twitter can’t get over the fact that her boyfriend is married to the lady he claimed was ‘just a friend’.

Lamenting, the lady stated she’s never hurt anyone before and doesn’t know why she deserved to be treated like this.

In anger, she cursed their marriage, saying it will end in tears and “it’s the lady I pity shaa if she’s a good person”, she wrote.

“Union wey go fall in next two months? lmaoo” she commented on the wedding pictures he shared online.

Also, she announced she was blocked by the boyfriend when she tried to have a conversation with him about the issue.

See Her Tweets Below; 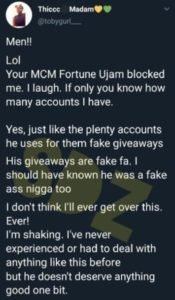 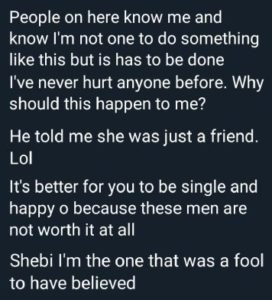 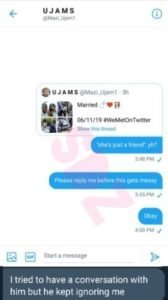 Rapper T.I. Says He Visits The Gynecologist Every Year With Daughter To “Check Her Hymen” 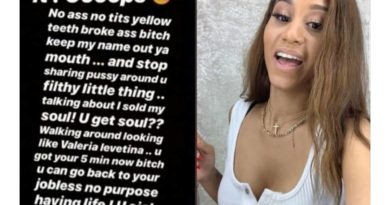