— Ned Nwoko’s son, Emzy leaked his chats with Shan George. Reveals she’s been disturbing him for his dad’s number.

— This happened after Shan George publicly criticized Regina Daniel’s marriage to the billionaire.

According to the young musician, Shan George asked him for his father’s number. He was provoked to leak the chat after Shan George criticized Regina Daniels marriage to Ned Nwoko.

In the billionaire’s son, many actresses wish they were in Regina’s position.

“Wow it just came to my notice.. shan george called my dad a dirty and ugly disgusting man but she keep disturbing me for his phone number ?

“Sorry to disrespect you ma but family first. ?‍?‍? i know so many nollywood actress who wish to be in regina’s position.. instagram save this one here before she unsends dem ?

“my dad is a soft guy that’s why they keep tripping for him..? 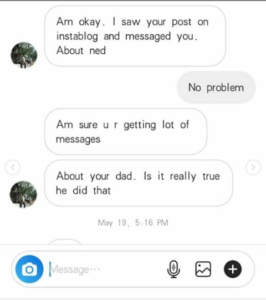 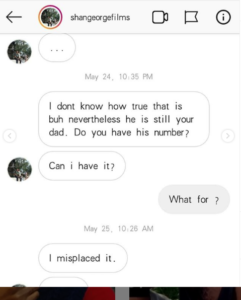 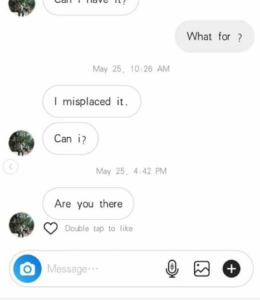 On his graduation from Uniport, the billionaire’s son reveals that his father, Ned Nwoko was never there for him.

I Once Withdrew $10m Just to Look at it – Dangote [Video]