Aisha Abimbola lost her life to cancer in May 2018 and after court battle with the father of the kids, her friend and colleague, Lola Alao eventually won their custody. They all reside in Canada.

However, an anonymous person allegedly reached out to GistLover claiming that the actress has been maltreating her colleagues’ kids.

The anonymous source in the chat shared by Gistlover claimed that Lola Alao beats the son a lot, the source also revealed that the daughter once fell ill, had a surgery and that’s why the actress doesn’t maltreat her like she does the son.

It was also said by this source that the Canadian Government almost took back the son from the actress after she beat him.

See The Full Chat Below: 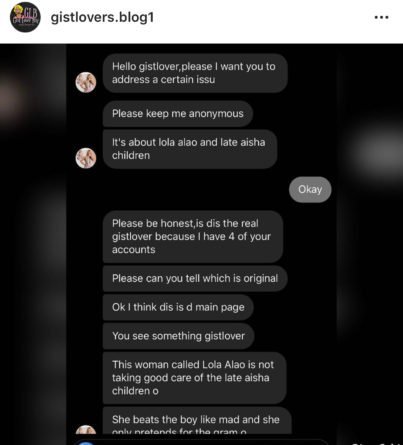 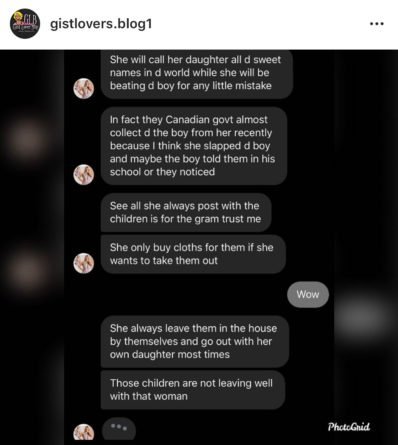 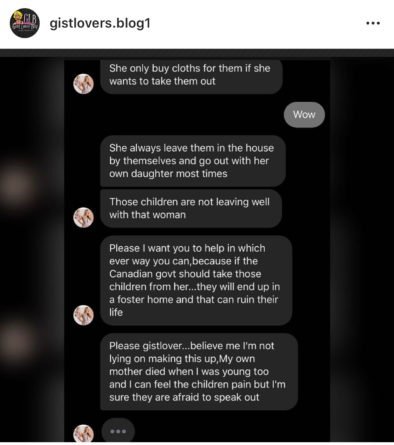 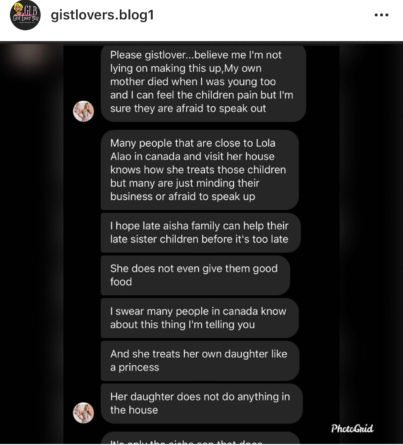 Meanwhile, about 3 other anonymous people allegedly reached out to Gistlover confirming the story. Shortly after the accusation was made, Lola Alao denied the allegations as she broke down in tears in a post she made on Instagram.  She also cursed the people who made up lies about her maltreating her best friend’s kids.

Lady Calls Out Peruzzi, Accuses Him Of Raping and Scamming Her (Videos)