A Nigerian man has been left distraught by a discovery that he is not the biological father of his wife’s children after decades of being married.

A Facebook user identified as Rita Ebiuwa shared the story on social media. She wrote:

“Just heard a most disturbing news this morning when a friend (male) called to tell me that the DNA test the US embassy did few weeks ago is out and it proves that his two ‘children’ a boy, 21yrs and the girl 17yrs are not his.

He decided to do it because he was planning to relocate them to the US since he is a citizen and as such, the US embassy demanded for it.

The man was never married to the woman before they had the children. In one of the guy’s visit to Nigeria, that was when he met the woman and they started dating, when the guy went back, the woman called tgat she was pregnant.

Few years later, he came back and continued the relationship with her without serious commitment.” 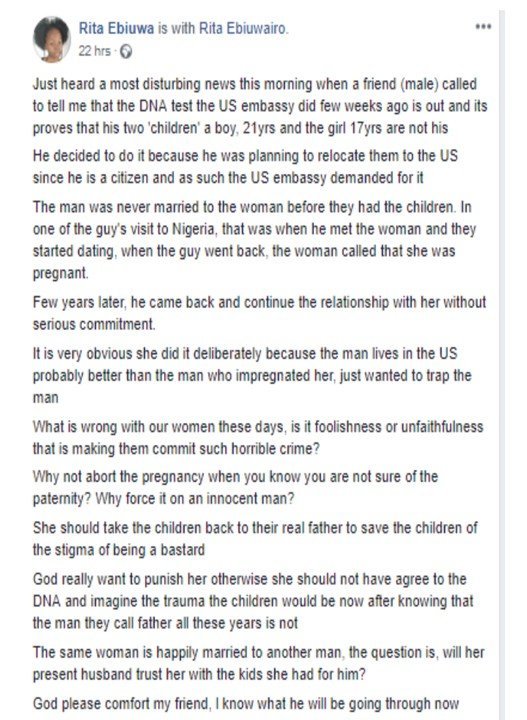