As at this time, Manchester United is the richest club in the world. Last season they had more revenue than all the other clubs in the world, and they have retained that spot for two consecutive years. Today though, we won’t be looking at the financial worth of the club. We‘ll be looking at the Manchester United All-time top scorers. These players have contributed to making the Red Devils what it is today. So from the top to the bottom, we have; 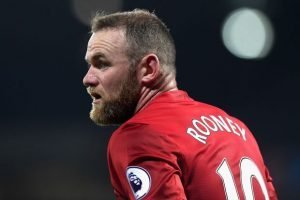 Rooney is probably the best striker ever to have won the Red Devils Jersey. He joined Manchester United at a very young age after he was bought from Everton. He was widely regarded as a child wonder, and he continued to be wonderful even as he got older. Rooney has gotten on so many record sheets. He’s the second highest goal scorer in the history of English Premier League, with only Alan Shearer above him.  He also beat Sir Bobby Charlton’s record of highest goals in the English national team, and then in 2017, he became the highest goal scorer ever for United when he hit 250 goals for the club. He scored three more goals before leaving the club for Everton. Wayne Rooney plays the forward position usually but can also play as a midfielder or as a winger. 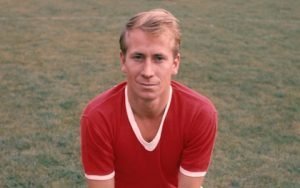 Bobby Charlton is a Manchester United legend and also an England legend. At this point in his life, the 80-year-old man is second to so many people in football records. But that’s to be expected, records are meant to be broken. Sir Charlton is the second on Man United list of players with the most appearances for the club. He’s also number on Manchester United All-time top scorers, and still number 2 on the English National team equivalent of this list. Charlton was a midfielder par excellence; he also played other forward positions. He started his senior career in Manchester United, spent 17 years there before joining Preston North End.

Denis Law is another Manchester United Living legend. An attestation to that fact is that he has a statue built in his honour at Stretford End. Law had an eye for goals, and that saw him netting 237 times in his 11 years at the club. The “King’’ as he was called, has the record of the most goals in a season in all competitions with 46 goals. And he also has the highest number of hat-tricks with 18 hat tricks to his name. The Scots man won the 1964 Ballon d’Or, One FA cup and two English Titles. Law retired from football in 1974 after a brief spell with United’s rival, Manchester City.

Regarded as a goal machine, Rowley set the record for highest goals in a league season, he did this twice. And he still holds the record for the highest goal in a league season by a Man United player with 30 goals. Jack Rowley was used on the flanks when he was first brought in 1937. As time went on though, he’d drift towards the middle. Rowley has 12 hat tricks and he’s the last on this list of players to have scored over 200 goals for Manchester United.

This is the second Dennis on our list of Manchester United All time top Scorers. He was renowned for his speed, and this particular skill, coupled with his good positioning saw him scoring 179 times for his team. Viollet’s speed combined well with Tommy Taylor’s strength and together they formed a prolific strike partnership. Dennis Viollet survived the Munich crash with just minor injuries. In 1962, he left United after he was sold to Stoke City. After his football career, Viollet took coaching jobs in the USA. And in 1999 at the age of 65, Viollet died in Jacksonville U.S. A.

George Best was arguably one of the best players to have ever won the Manchester United jersey. He was part of the team that helped Manchester United win the first ever European cup by an English team. He was expected to have even done better for United if he had the discipline. He was given to alcoholism and womanizing which greatly affected his performance. George Best died at the age of 59 of alcohol-related sickness, unfulfilled both on and off the field. 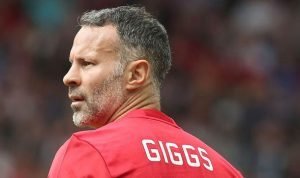 Giggs has played the most matches for a Manchester United player; he beat Bobby Charlton’s record of 758 matches in 2008. He went on to make it 963 appearances, it would be almost impossible for anyone to beat this record now. This is due to the fact that very rarely do you see a player spend his whole time at a club. Ryan Gigg’s other achievements include being the world’s most decorated player, the only player to score in the first 21 season’s of the premier league and also the only player to play in the first 22 seasons of EPL. He also has the highest number of assists in English football history with 271. This midfielder was a stuff of legends. After spending 23 years playing football he went into coaching. He’s currently the coach of the Wales National football team. 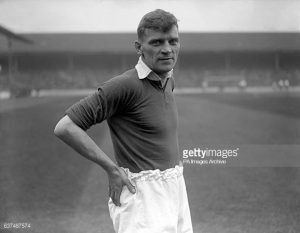 Joe Spence was born in Northumberland, England, and he was conscripted into the army sometime during the First World War. He played football on his battalion team. He joined Manchester United in 1919; this was the first season of football to be played after the World War.  Due to his skill in the game, he was known as “Mr Soccer”. Spence’s success at club level didn’t translate too much success at the national team level. As he was only able to get two caps for England. This doesn’t take away anything from him though. Joe Spence didn’t win any trophies in the 14 years he spent in Manchester United.

Mark Hughes is currently a coach for top-flight side Southampton in England. This is the 6th EPL club he’ll be coaching in his career. Hughes rose from the ranks from Manchester United feeders’ team to have a first-team shirt. By 1986 after spending 6 years at Old Trafford, a contract dispute caused him to be sent to Barcelona. After an Abysmal season at Nou Camp, he was again sent on loan to Bayern Munich where he performed better. Finally the forward came back to Old Trafford, and on his return helped Sir Alex Fergusson win his first trophy. His second spell in Manchester United was definitely better than his first, and in 1995 he left Old Trafford for Stamford Bridge. Mark Hughes is no 9 on the list of Manchester United All Time Top Scorers. Scholes is definitely one of the best midfielders to have worn the Red Devils shirt. He was one of Sir Alex Fergusson’s favourites, especially due to his passing ability and his penchant for scoring very important goals. He was also a master of scoring goals from long distance, saving United many times. Based on appearance Scholes is 3rd on Manchester United players list. He retired in 2011 and then came back from retirement in 2012 to play one more season. He played his entire football career at Old Trafford.

Top 10 Football Clubs in the World