These are the list ministers and their cabinets in Nigeria as at September 2018. Basically, the ministerial appointment has remained the same as when President Buhari appointed them in 2015. Except for a few changes here and there, to replace those who resigned or who are deceased.

Dr Chris Ngige was once the governor of Anambra state, has also served as a senator. He was born on August 8, 1952.

One time governor, Rotimi Amaechi served as the governor of Rivers State for 8 years, he was also in-charge of President Buhari’s campaign during the 2015 elections.

Present past governor of Lagos state in the super minister. He’s overseeing 3 ministries, power, works and housing, this is the first time one person is handling three ministries in the history of Nigeria.

RTD Lt-Gen Abdulrahman Bello Dambazau serves as the interior minister. He was once a general in the Nigerian army, until his retirement. He was Chief of Army Staff between during Goodluck Jonathan’s administration. He held the post of the chief of Army staff between 2008 and 2010. The ministry of interior deals with internal security and other security-related matters in the country. 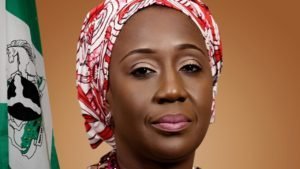 Hajiya Aisha Abubakar is from Sokoto state, her father was onetime finance minister. She is the Minister of State for Industry, Trade and Investment, that was the first position she was appointed to by the President in November. 2015. She became minister for Women Affairs in September 2018 after Senator Aisha Alhassan resigned from the position.

Born in 1951, in Ebonyi state, Dr Ogbonaya Onu was the first executive governor of Abia state, the Dr has a PhD in Chemical Engineering from Berkley University in the US and was also chairman of ANPP before it merged to become APC. He’s currently serving as the minister for science and technology under the administration of his ExcellencyMuhamaduBuhari.

Following the resignation of KemiAdeosun as finance minister, Mrs Zainab Shamsuna Ahmed was appointed the be the minister for Finance on September 14, 2018, by Muhammad Buhari. Prior to holding this position, she was the minister of state for budget and national planning. Mrs Ahmed is an accountant by training, she’s from Kaduna state and attended Ahmedu Bello University Zaria and Olabisi Onabanjo University. 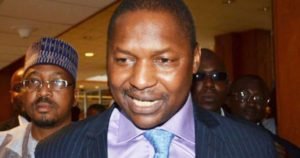 Abubakar Malami (SAN) is a lawyer, and the attorney general of the federation as well as the minister for justice. He was born in BirninKebbi in 1967. AbubakarMalami was appointed into this position in November 2015, by the president.

Hadi Sirika once represented katsina North at the Senate, he was also a pilot and General Manager Katsina State Transport Authority. He became minister for aviation in November 2015.

Honourable Abdur-Raheem Adebayo Shittu was once the youngest member of the Oyo state house of Assembly at the age of 26, this was in 1979. He is a legal practitioner and an author.

Engineer Suleiman Hussein Adamu is the current minister for water resources, Nigeria. He obtained his first and second degrees from Ahmedu Bello University Zaria and University of Reading in the UK. He’s also the managing director of Integrated Engineering a$$ociates. An all-round engineering firm based in Kaduna.

Barrister Solomon Selcap Dalung was born in Sabon Gida in Taraba state. He joined the Nigerian prison service in the 80’s and then while working obtained a degree in Law from the University of Jos. He’s also served as local government chairman of Langtang South Local Government Area. 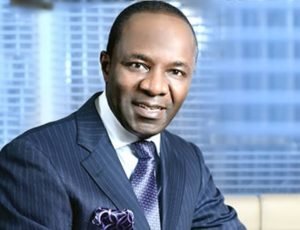 Dr Emmanuel Ibe Kachikwu is the minister for state petroleum resources. Born in Delta state in 1956, he studied Law at the University of Nigeria Nsukka, and also studied for his masters and doctorate degree in Law at Harvard University. He was one-time GMD of NNPC and also a one-time president of OPEC.

Dr Osagie Ehanire is a medical doctor by profession. Born in Edo state in 1946, he studied Medicine in the University of Munich Germany, where he worked for many years before returning to Nigeria in 1982. He’s worked in the health sector, both private and public..

Hon Minister Audu Innocent Ogbeh was PDP chairman from 2001 to 2005. Mr Ogbeh is an Idoma man, he was born in Benue state. He’s was once the managing director and chairman of Efugo farms. The farm is now managed by his son OwunoOgbeh. Chief Audu Ogbeh’s appointment to this position was lauded by all given his background as a farmer, educationist, one-time minister and politician.

Mr Udoma Udo Udoma was born in Lagos, and he attended primary schools in Ikoyi Lagos and Kampala Uganda. He was also a two-time senator, while he was a member of PDP, from 1999 till 2007. Mr Udoma is from Akwa-Ibom state, a lawyer by training and the Honorable Minister of the Federal Ministry for Budget and Planning. 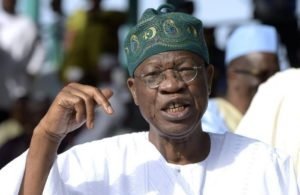 Alhaji Lai Muhammed is the former publicity secretary of the All People’s Congress and also APC chieftain. He is the current serving minister for information and Culture under Buhari’s regime. He also served as the chief of Staff for Bola Ahmed Tinubu in from 1999 till 2003. Alhaji Lai Muhammed ran for Kwara state governorship seat and lost.

Hon Minister for Environment Ibrahim Usman Jibril was born in Nassaraw state in 1958. He’s worked as a career civil servant for over 30 years. He studied Geography Education in Bayero University Kano. 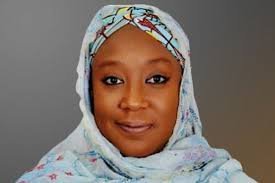 Born in 1967, Hon Khadija Bukar Ibrahim was once Commissioner for Transport and Energy, Yobe State, she also was a member of Yobe state house of Assembly. She had her tertiary education in the UK, where she worked for a while after graduation. She was appointed to head the Federal Ministry of foreign affairs in November 2015, by President Buhari. 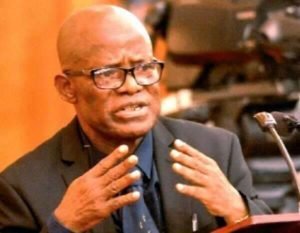 Professor Claudius OmoleyeDaramola hails from Okitipupa in Ondo state Nigeria. He trained initially as a teacher before getting a degree in Sociology from the University of Sokoto.

Born in 1956, Geoffrey Kwusike Onyema is from Enugu state, he trained as a political scientist and Lawyer and has his degrees both first and others from American and British Universities.

Mansur Muhammad Dan Ali is a retired Army Brigadier General. He retired in 2013. He hails from Zamfara state and is the current Minister of Defence for Nigeria.

Born in 1954, Mr Enelamah trained as a medical doctor and got his MBBS from the University of Nigeria Nsukka in 1985. He, however, changed career directions when he studied at Harvard University, earning a Masters in Business Administration (MBA). After this, he never went back to the medical sector but worked in the finance sector. He was CEO of African Capital Alliance, an equity firm which he founded in 1997. He worked in this capacity until he was appointed to be the minister of Industry, Trade and Investment in 2015 by the president. 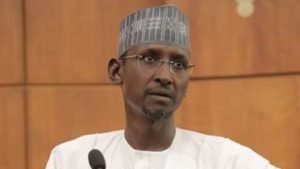 Alhaji Muhammadu Musa Bello is from Adamawa state, he was born in 1959, and he studied management in Ahmedu Bello University Zaria.

Born in 1961, he served as councillor representing Lamisula/ Jabbamari Ward of Maiduguri Metropolitan, he was also a member of Borno state house of Assembly.

Trained as a lawyer in Rivers state university of science and technology. Mr Lokpobiri was also a senator represent Bayelsa west constituency in 2007 as a member of the then ruling party. He currently holds the position of the state minister, Agriculture and rural development 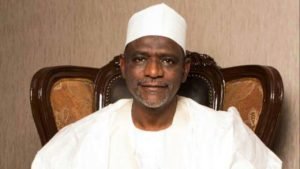 Trained as an accountant in Nigeria and then a master’s degree in journalism from an American University. Adamu was once a journalist and also he once contributed for newspaper columns. Adamu Adamu is fluent in 5 languages, including French, Hausa, Fulani, Persian and Arabic. He is currently the Minister for Education.

Professor Isaac Folurunso Adewole is a professor of Gynaecology and Obstetrics. He is the former Vice Chancellor of the University of Ibadan, which also happens to be his Alma mater. He’s been Minister of Health since November 2015.

Was born in Niger state in 1962, he has a degree in Geography from Ahmedu Bello University and a Masters in Urban and Regional Planning from the same institution. He was the Federal House of Representative member from 1999 – 2007. He’s held positions both in private and public sector.

He’s the only pastor currently serving as a member of the president’s ministerial cabinet. Pastor Uguru is from Cross Rivers. He’s also a lecturer and politician.

Muhammadu Buhari is the President of Nigeria, he was elected into office in 2015. Imagine our surprise when he named himself Minister for Petroleum. It’s not every time that a president also serves as a minister. He was also the Minister for Petroleum in the 80’s when he was military head of state.