Nigerian socialite, Bobrisky has boasted about her arrest following her bail.

We reported that the crossdresser was arrested in Lekki as some eyewitnesses saw as she was driven away in her white car.

The police spokesman then confirmed that Bobrisky was arrested over an alleged N30 million deal. He explained that a woman whom she had a business deal with had reported her to the police station as Bobrisky didn’t fulfill her part of the deal.

She was however granted bail while investigation continue.

Meanwhile, reacting to the news about her arrest, the cross dresser took to Snapchat to brag about she doesn’t “deal with small money.” 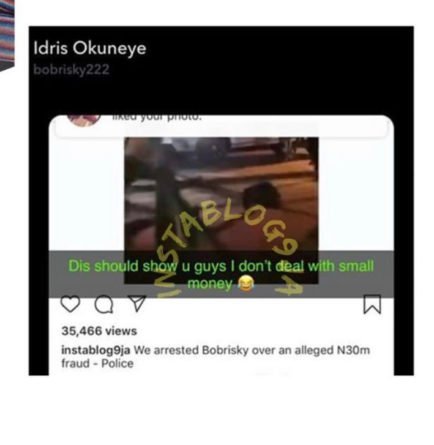 “If Life Tire You, Go And Kill Yourself” – Bobrisky Blasts Trolls (Video)