Nollywood actor, IK Ogbonnahas revealed in a new post on Instagram that his baby mama prevents him from being a good father to his daughter, Makayla Ogbonna.

The actor’s revelation is coming after the ace comedian, Alibaba said that some ladies prevent men from being good fathers because they are hurting.

IK Ogbonna had been accused of being an absentee father in his daughter’s life after leaving her at the tender age of one and only coming back into her life when she was seven years.

The actor posted the pictures of his daughter and Alibaba’s post that read:

One day we will all smile…. MK 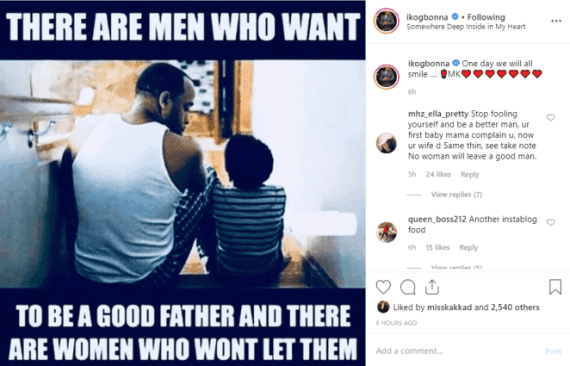