A Nigerian man identified as @IamEtubo on Twitter shares amazing story of how he adopted his daughter.

He met her mother 4 years ago when she was just 7 months old. At 7 months, she was clingy to her mother and wouldn’t allow anyone carry her.

However, when he asked to meet her, she surprisingly let him carry her.

Afterwards, he started to learn more about her and found out her dad never wanted the baby and often disappears and reappears in the young girl’s life.

After an event he mentioned in his tweets, the man sent a letter announcing that he’s staying away out of her life because ‘she deserves better.” 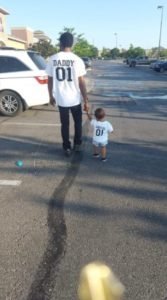 @IamEtubo started acting the role of a dad to her and eventually adopted her yesterday, November, 8. 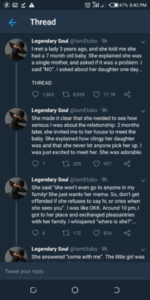 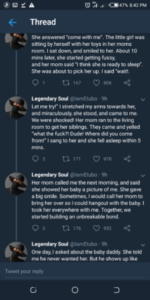 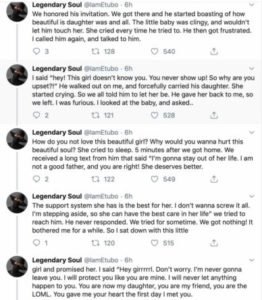 4 Years ago, she gave me her heart. Yesterday, I gave her my surname. ❤️ pic.twitter.com/n8x8n6zQyI

‘Armed Robbers Told Me To Sing After Robbing Me’ – Banky W

Governor El-Rufai Advises Wife, Hadiza On How To deal With Twitter Trolls

‘If You Cannot Give Your Girlfriend at Least 200k Weekly, You Don’t Deserve Her’ – Mr Dutch Claims