A young Nigerian man identified as Kizito Zeus Kochas on Facebook recently announced that his “Sugar Mummy” bought him a phone.

He also bragged about his beauty and informed his group members not to be jealous. However, he was trolled by some group members after his post.  One said;  “Stay there no go make money now, dey there dey do fine boy wen you no be the time you grow old you go turn to witch.” 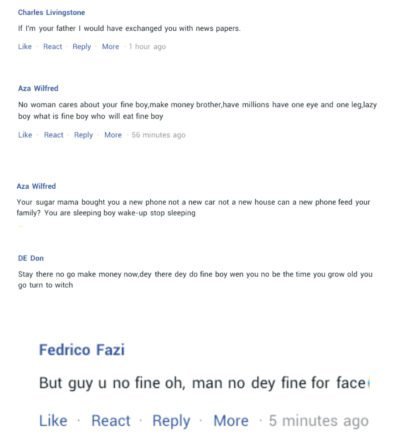 Bobrisky Debunks Arrest Rumour and Claims That Her Cars Were Seized