Nollywood actress, Nkechi Blessing Sunday was attacked by a troll who accused her of wearing a fake top because the ‘Bucci was inscribed on it.

The troll commented on her picture asking why she’s wearing a fake outfit that said ‘Bucci’ instead of ‘Gucci’. 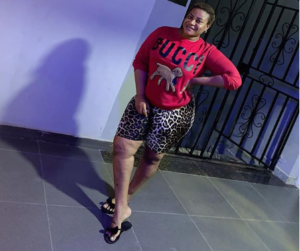 The actress explained that the inscription is gotten from ‘Dorobucci’, a popular song by the Mavins. Inspite of this, the troll insisted it’s a fake top. Nkechi fired back at the troll, stating that he is frustrated and jobless.

“Does that change the fact that you are frustrated, jobless and stupid? Mr man it is fake. Next?” she wrote.

See the exchange below; You Won’t Get Close To Where I’m Headed In Your Next 30 Years – Mimi Orjiekwe Slams IG Troll, Bold Pink