Paul Okoye of PSquare shared some nasty messages a Kenyan woman sent to her because he refused to meet her requests.

The woman who claimed to be Kenyan but in Tanzania messaged the musician on Instagram asking him to sponsor his education in the US as well as sponsoring a vacation for her too. “Please, reply me today without fail.” She commanded at the end of the message. 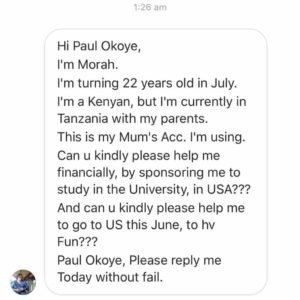 Paul Okoye ignored the message and this woman started spamming him with messages insulting and trolling him. She threatened to kill him, “I Morah will kill u, just like I’ll kill other evil ppl. God wants you and other people dead. Go to hell Paul Okoye.” She threatened. 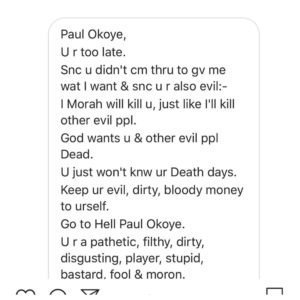 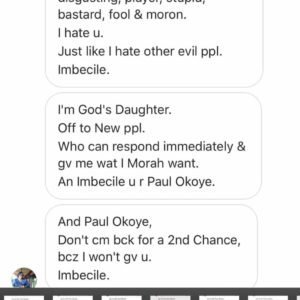 Uber driver Replies Khloe After Accusing Him Of Assault

Nigeria has recorded an additional 575 new cases of COVID-19 in the last 24-hours. According to the Nigeria Centre for