Ole, Gunnar and Solksjaer might soon be the three most answered names among new born babies in Greater Manchester after Manchester United outclassed Chelsea to advance to the next round of the FA Cup where they would be facing Wolverhampton Wanderers.

Manchester United were truly and significantly clinical in their counter-attacking football style which saw them hold on to 37% possession, seven shots with five on target compared to Chelsea’s 63% possession, 11 shots with only a pitiful 2 on target and yet still claim an impressive win against the West Londoners.

Ole Gunnar Solskjaer’s tactical acumen deserves all the praise after the Norwegian gaffer asked Paul Pogba to move further left the middle of the park from where he made an assist to the eventual scorer of the first goal scorer of the night in Ander Herrera.

Prior to that, it was David Luiz who forced a save from Sergio Romero from a freekick but the Argentine was on hand to keep it out of the net.

Ander Herrera was given more room to roam at the heart of a 4-4-2 diamond formation which had Lukaku and Rashford play in wider roles, from where the former along with Paul pulled the strings and caused the trio of Jorginho, Kante and Kovacic heartaches the whole night.

The tenacity with which Herrera worked from box to box earned him a new chant at the bridge with shouts of ‘Ole, Ole, Ole, Ander Herrera’ and calls for the captain armband roaring amongst the fans.

Well perhaps that is because they are yet to develop a chant or serenade for French midfielder, Paul Pogba.

The best attacking midfielder in the world by stats for the last 11 games showed himself leader of the orchestra once again when he shoved aside a feeble Jorginho and released Marcus Rashford with a through ball on the right flank, running into the box to receive the cross from the English man.

A rejuvenated Rashford tipped an inch-perfect cross into the box with Pogba flinging himself at the ball to get himself a goal and a second for Manchester United. 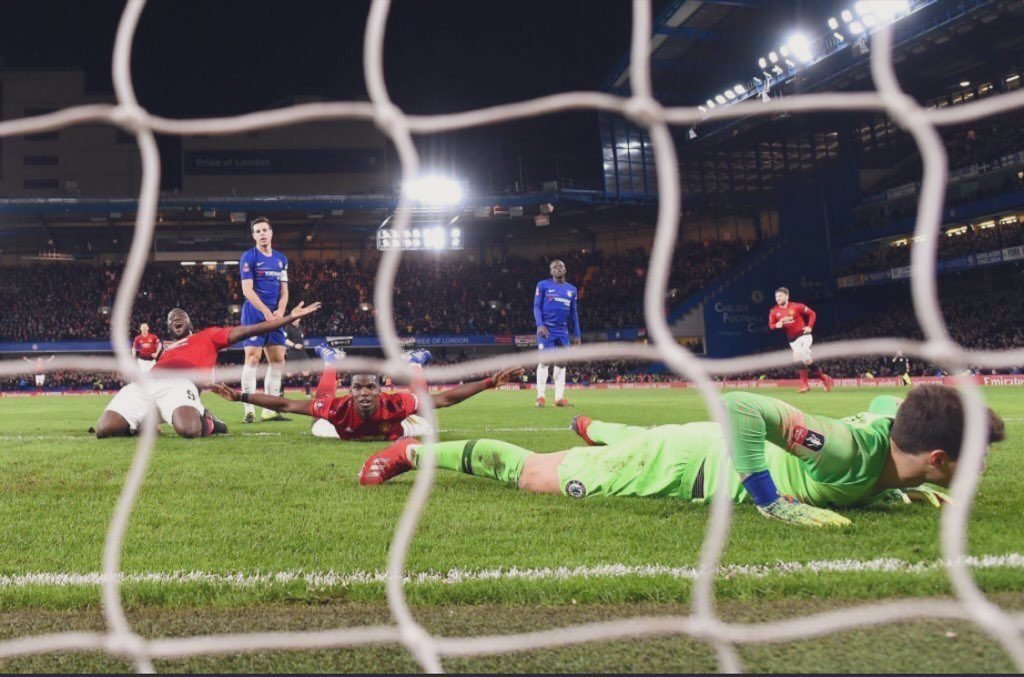 Every player in the Red jersey were pretty much phenomenal for the most parts of the night and were rewarded for their hardwork after all said and done.