While we were still taking a look at the wedding pictures between Nollywood Actress, Toyin Abraham and fellow actor, Kolawole Ajeyemi which surfaced online on Wednesday.

It seems more than that when unnoticed by members of the public because pictures of the actress’ Baby Shower has also surfaced online.

And it is surprising to note that the baby shower was not done on a lowkey with the likes of Toke Makinwa, Fathia Balogun, Iyabo Ojo and many more in attendance.

We are abviously surprised as to how Toyin Abraham and her husband were able to keep their private activities out of the prying eyes of the members of the public.

Below are some of the pictures 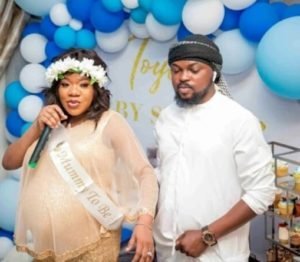 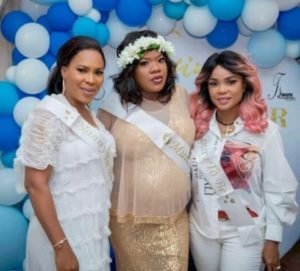 Recall that the actress recently tied the knot with her beau, Kolawole Ajeyemi and welcomed their first child on Wednesday.

‘Don’t Marry a Woman Who Doesn’t Like Money, You Will Die Poor’ – Lizzy Anjorin