Officers of the Ogun State police command yesterday brought succor to the people of the state when the command apprehended three suspected child kidnappers linked to various cases of kidnapping in Ogun State.

Temidayo Ajayi, one of the children recovered from the suspects was abducted with his brother in Sagamu July 2018.

The suspected child kidnapped met their Waterloo when they sold three children to unknown persons in Anambra. The Police Public Relations Officer in Ogun state, Abimbola Oyeyemi, told journalists that a manhunt had been launched to curtail the acts of the members of the syndicate group in the state.

The state police command also saved the lives of three children who were already sold out by the three-man syndicate group to unsuspecting persons in Anambra state.

The command has since connected one of the children, a five-year-old boy with his parent while the parents of the other two are still yet to be located and the children remain in the safe custody of the state police command.

According to the statement by the force spokesperson, Abimbola Oyeyemi, the syndicate group mode of operation is to go to unsuspecting neighbourhoods, where they look for children, rent an apartment in the area, make friends with parents of the targeted victims, gain their trust and sometimes become a child caregiver in the absence of the unsuspecting parents and finally disappear with the children. 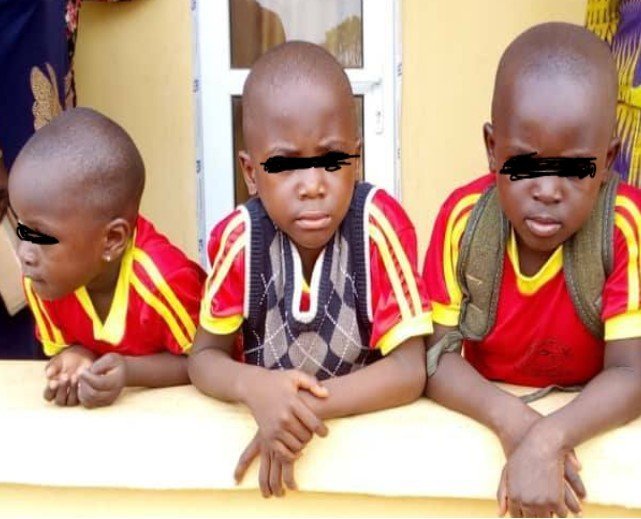 Police Arrest Teacher Who Allegedly Slept With His Underage Students