Precious Mensah also know as PM, winner of Atinka FM’s plus size women reality show, “Di Asa”, was allegedly kicked out of Emirates Airlines’ plane because of her size.

According to reports, she wasn’t allowed to board the plane to Dubai because her body size is bigger than a single economy class seat in Emirates Airlines’ flight. 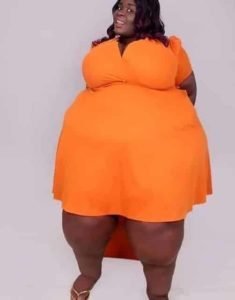 Precious Mensah was the winner of Ghana’s Di Asa reality show and apart from going home with a new Hundai Elantra, she received a package of making an all-expense paid trip to Dubai alongside the first and second runner ups. 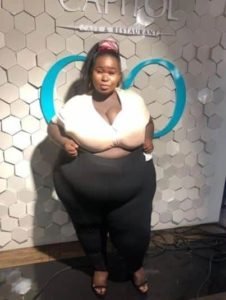 PM had looked forward to this trip as she’s never been to Dubai and was enthusiastic about being there.

“I’ve heard of the tallest building and an exceptional fountain. I want to see and learn about them. I also want to go and study the culture of Dubai and a host of others,” she said in an interview with Atinka TV before the trip.

“FBI Kidnapped My Client, The US Had No Authority To Take Him” – Hushpuppi’s Lawyer Says